By Mark B. Hatter 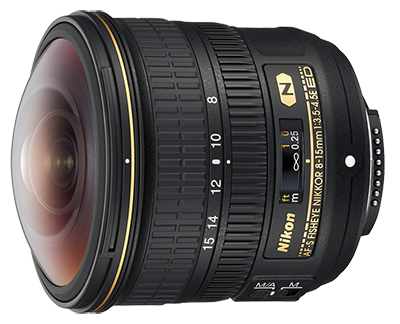 As a life long Nikon owner, there has been little I’ve envied from Canon shooters over the years for single image capture, save one thing; Canon’s 8-15mm F4 fisheye zoom lens for their full-sized sensor (un-cropped) cameras.  For underwater photography this lens gives the shooter both full frame fisheye and circular fisheye capability in a single lens.  While full frame fisheye shooting is the bread and butter of wide angle photography, the ability to zoom the Canon lens (set before the dive) to a full circle fisheye can be more than just a novelty.
At the 8mm end of the zoom, this lens produces cool, impressionistic, 360 degree viewing angle circular images that have been widely, if infrequently, published.  But, that full circle shot is exactly the capability I’ve wanted when planning to submit a portfolio for publication consideration.
To that end, I have been lugging around the world a Sigma 8mm F3.5 circular fisheye for the last few years in addition to my workhorse 15mm F2.8 Sigma full frame fisheye (yes, this is a better full frame fisheye lens than the 16mm F2.8 fisheye produced by Nikon) to shoot with my full sized sensor Nikon D800 body.  But not anymore!
In 2017 Nikon finally woke up and gave their shooters a full frame and circular fisheye zoom lens that many of us had been hoping for:  the Nikon 8-15mm FX AF-S f/3.5-4.5E ED Zoom Fisheye.  At last, Nikon photographers using full sensor-sized camera bodies could ditch one additional lens in favor of a single piece of optics that could provide both full frame wide angle and circular wide angle shots as desired.
But is the single Nikon lens as good as Sigma’s counterparts in two separate lenses?  It would not make sense to ditch the superior performance of the Sigma 15mm over an inferior Nikon 8-15mm zoom lens shot at the 15mm full frame equivalent, which would be used 99% of the time while diving.  In addition to the Sigma 15mm superior image quality over Nikon’s 16mm, the Sigma has a closer focus capability, another attribute that I did not want to give up.
So I searched for early reviews of the Nikon 8-15mm and then compared the lenses stats with the Sigma 15mm and Sigma 8mm before making a final decision.  In addition, I weighed the pros and cons of the lens on my second camera system (a D7000 body with a cropped sensor), my Tokina 10-17mm F3.5-4.5 DX fisheye zoom.
First, I studied Alex Mustard’s review of the Nikon 8-15mm lens completed just after the lenses release in July 2017.  His positive findings were published in wetpixel after shooting the lens while diving in the Red Sea.  (http://wetpixel.com/articles/review-nikon-8-15-mm-f-3.5-4.5-fisheye-lens/P1.)
Next, I visited Ken Rockwell’s website which provided his detailed review of the Nikon 8-15mm lens.  Rockwell’s analysis concluded that the new 8-15mm optics are superior to any fisheye optics produced to date by Nikon resulting in super sharp images at both usable focal lengths (8mm circular fisheye and 15mm full frame fisheye). (https://kenrockwell.com/nikon/8-15mm.htm)
It was clear the new Nikon 8-15mm lens produced quality images at both ends of the zoom but I wanted to look a little closer at a few stats important to me as a traveling shooter (note: while this lens does zoom between 8 and 15mm, the focal lengths between 8mm, providing a 360 degree viewing angle, and 15mm, providing a 180 degree viewing angle, are essentially useless for photography due to some unpleasant frame vignetting at focal lengths between 8 and 15mm).
At this point I had a quandary deciding on how to compare the Tokina 10-17mm zoom, which produces excellent image quality on both DX cameras (for which it was designed) as well as FX systems (http://www.uwphotographyguide.com/sigma-15mm-tokina-fisheye-review) to the new Nikon 8-15mm. Ultimately, while the Tokina achieves excellent image quality at 180 degree viewing angles, even on an FX body, it cannot produce a full 360 degree image on either an FX or DX camera.  So, while the Tokina 10-17 is a valuable and versatile lens for shooters and the best choice for my DX system and an excellent back-up “cropped” full frame wide angle lens on my DX body, it does compare with the Nikon 8-15mm and the Sigma lens combinations below when under evaluation for the full circle image capture capability.
So, strictly looking at FX type lenses, here are the performance stats important to me in comparison:

In summary, after the most important stat, image quality (validated by Mustard and Rockwell), the Nikon 8-15mm also compared favorably in both close focus capability and weight.  With the Nikon 8-15mm I could save almost 3/4 pound of weight and eliminate one lens from my kit to give me the same capability as I had with two separate lenses with superior image quality.  This is no small matter in today’s weight restricted traveling.  And while the Nikon 8-15mm lens is one stop slower than the Sigma’s 15mm prime, the single stop is inconsequential since we likely never shoot wide open f-stops underwater.

I bit the bullet and bought the lens before a trip to Astove Atoll in the Seychelles in March.  I was not disappointed.  I achieved the same corner to corner image quality (resolution and sharpness) at both full frame and the circular settings as I achieved with my two separate Sigma lenses, validated in post processing using Lightroom at 1:1 magnification.  Admittedly, this is my personal qualitative (verses quantitative) assessment but suffice it to say that the images produced have already been used for both advertising and a feature article.  Here are a few sample images.

My conclusion?  For FX (full frame) Nikon shooters, this is a killer lens and I no longer envy my Canon counterparts when it comes to full frame and circular fisheye capabilities. 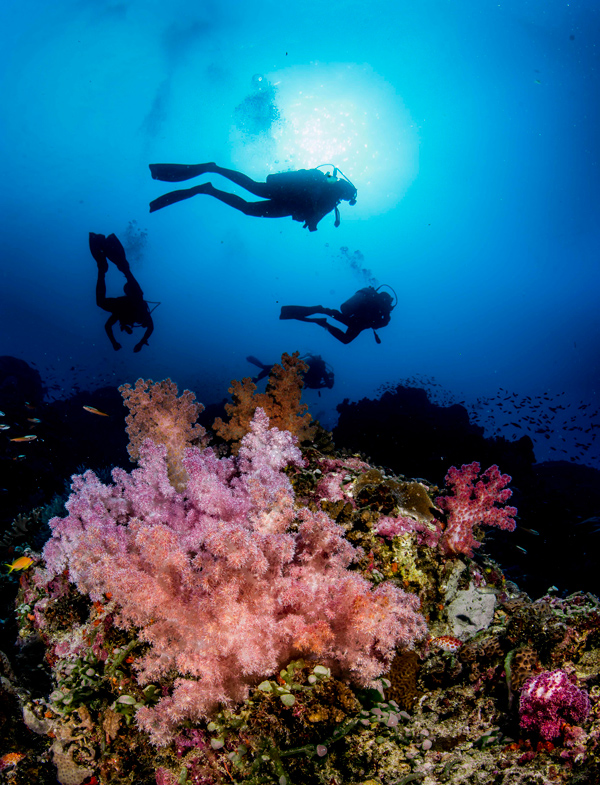 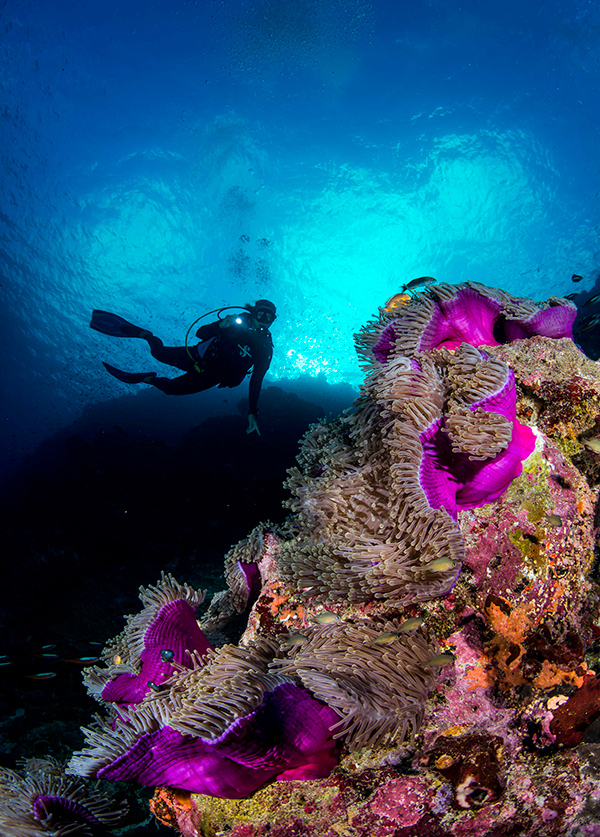 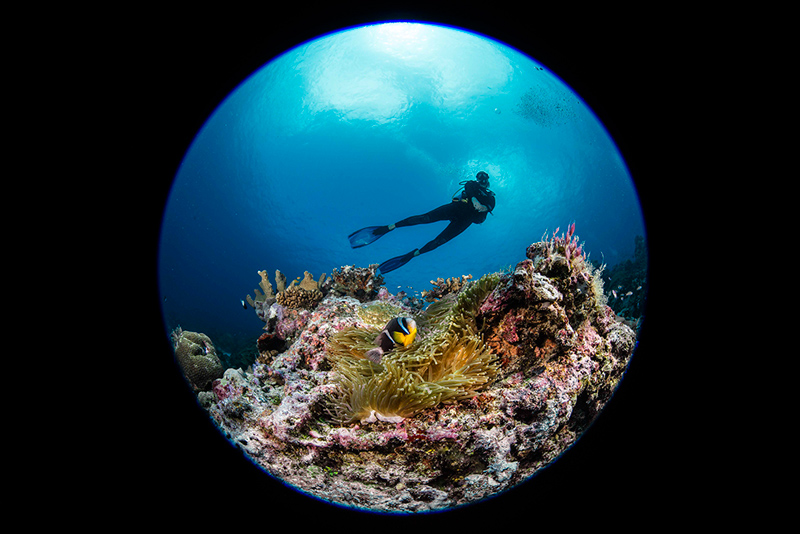