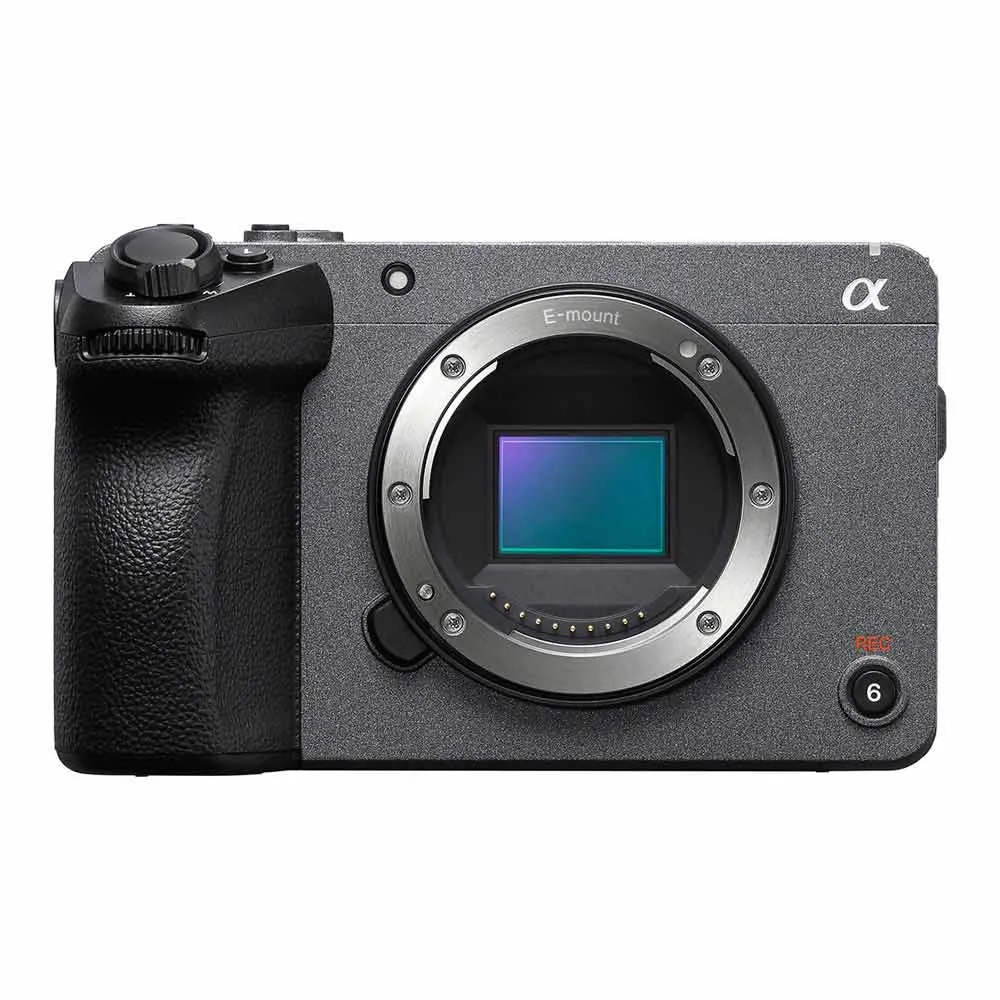 The Sony FX30 is Sony's latest release in the cinema camera lineup. It's an evolution of their popular FX3 model, a firm favorite with videographers, but now comes with an APS-C sensor. The FX30 body is essentially the same as the FX3 body, with plenty of custom buttons and ¾ screw mounts, which is excellent news as we love the ergonomics, but the big change is the APS-C sensor.

Underwater housings for the Sony FX30

We are waiting to hear if existing Sony FX3 underwater housings will be compatible with the new FX30. Since the body is largely the same, there is a possibility they might, but we can't confirm this right now. As soon as we know more, we'll update this article accordingly with all Sony FX30 underwater housings.

The 26MP BSI APS-C sensor in this camera is brand new, and it's currently not found in any other Sony camera, making this a very exciting prospect. One of the really great things about the FX30 is that most 4K shooting modes (24p, 30p, 60p) only have a very slight 1.04x crop, which is hardly noticeable and won't require you to reframe any of your shots. As this is an APS-C sensor, there is, of course, a 1.5x crop in comparison to a full-frame camera, but it's nice to know that it doesn't crop in even more when shooting in these 4K modes.

However, when you shoot in 4K/120p mode, you get a pretty significant 1.6x crop on top of the 1.5x crop you already get from the APS-C sensor.

Readout times are fast with this new sensor, which helps reduce rolling shutter, especially compared to some of Sony's other APS-C cameras.

As you would expect from a cinema camera, the Sony FX30 has a bunch of different picture and recording modes.

The S-Cinetone profile is a great profile to color grade, and you can really make footage come to life in post-production using this profile.

The FX30 only allows you to shoot S-Log 3 and not S-Log 2, but the 10-bit recording makes up for the loss in dynamic range, so any downsides of not having access to S-Log 2 are negated.

Photography with the FX30

The Sony FX30 has no mechanical shutter, so you have to rely on its electronic shutter when shooting stills. The sensor's fast readout speeds do help with this, and the camera captures some great images of slow-moving or stationary subjects, but it struggles with tracking fast-moving subjects. But most people aren't buying the FX30 for photography. This is a camera firmly focused on its video capabilities.

A fully articulating flip-out screen adds to the excellent ergonomics of the FX30, as you can use it in different positions while retaining a good view of the screen. You can even film yourself vlog-style if you want to.

A dedicated 'sunny mode' makes the screen super bright, so you can see it well even when shooting outside in bright daylight.

But if the built-in LCD screen isn't enough, you can use an external monitor via a full HDMI port.

Unlike most other cinema cameras, the Sony FX30 has in-body image stabilization, which is a welcome surprise. The IBIS works well when the shooter is stationary, but unfortunately, its effectiveness drops off reasonably dramatically once the videographer starts walking themselves. To get around this, you can activate "active SteadyShot" instead of just "SteadyShot", which crops in a little and uses digital stabilization to improve the IBIS.

The new sensor in this camera is a dual gain sensor meaning it has two different base ISO levels. When shooting in S-Log 3, you can choose between a base ISO of 800 or 2500. You can, of course, select another ISO level above either of these base levels as you would with any other camera.

However, in Cine EI mode, which the FX30 inherits from Sony's other cinema cameras, you can only shoot at either one of the two base ISO levels. You can then adjust the exposure compensation afterwards which will then be reflected in Sony's Catalyst software. This becomes a handy feature when you send your footage to another editor, who can get an idea of what exposure you were trying to achieve when they import the footage in Sony Catalyst. Usually, features like this are reserved for very high-end cine cameras, but the FX30 and the FX3 now brings that to the mass market.

Sony's new Bionz X processor has found its way into the FX30, and that's a really great thing. That means we get Sony's much-improved updated menu interface, a vast improvement on the old system some of their older models still have. It's intuitive to use and super easy to navigate, which, in a camera as feature-rich as this, is welcome.

At the top of the menu, you'll find the "Main 1" and "Main 2" menu items, which, when selected, bring up a grid-style video menu containing all of your most important video settings so you can change them in seconds.

As we've all come to expect from Sony, the autofocus system on this camera is outstanding. The continuous autofocus tracking massively outperforms video-focused competitors such as the Panasonic GH6 and Fujifilm XH2s and rarely misses a beat.

One of the really great features of this camera when shooting internal 10-bit footage is the ability to upload your own custom LUTs directly into the camera. You can then use your LUTs to do two things. First, you can use them to previous your video footage to see what it will look like with that LUT applied. But secondly, you can actually apply the LUT and have it "baked into' the video footage directly inside the camera, saving you tons of time editing it afterwards. Just be aware that doing this means it's not reversible, so you'll be stuck with it whether you like it or not.

The Sony F30 is an excellent option for anyone in the market for an APS-C cinema camera. It's packed full of powerful video features that will make the entire filmmaking process easier, more efficient and customizable to your own workflow.

The new sensor found in this camera will likely find its way into a hybrid body as part of Sony's Alpha series lineup at some point. So that might be a better option for those interested in the specs of the FX30 but who need more versatility when it comes to shooting stills too.

If you have any questions about the Sony FX30, please don't hesitate to reach out to the friendly expert team here at Bluewater Photo by emailing sales@bluewaterphotostore.com or calling (310) 633-5052. We're always happy to help!