The Canon EOS-1DX Mark III is undoubtedly Canon's best ever DSLR camera. It's an exciting piece of equipment during a time when new DSLR releases are becoming few and far between. The 1DX Mark III is equally photo and video oriented, making it a perfect tool for both underwater photography and underwater video. It is the top-of-the-line full frame camera for both fields of underwater capture.

There are a few key standout features engineered into the 1DX Mark III's design - a new 20.1 MP CMOS sensor with a new low-pass filter, a powerful DIGIC X processor, AF tracking, 16 fps burst rate, a 1,000 shot RAW buffer, 5.5 K video with RAW recording, 4K @ 60 fps, and amazing battery life. If there were ever a camera to have it all, this would be it.

For underwater photographers, this camera is oriented towards quick action shooters. So if you like shooting large, quick subjects like sea lions, sharks, bait balls, surfers, and dolphins, this is one of the best options out there. However, it can be noted that if you like shooting macro, it might be worth investing in a higher resolution camera like the Nikon Z7or Sony A7R IV for less money.

For underwater videographers, the EOS-1DX Mark III is a truly wonderful system. Forget the annoying crop factor of the Canon EOS R - the 1DX Mark III is capable of 5.5K (up to 12 bit) and 4K video using the full width of the sensor, with RAW recording. The 4K is downsampled, resulting in even higher quality 4K video. Combined with improved live view AF and Canon colors, this is going to be one of the top non-cinema cameras for underwater video.

So lets take a deeper look into what makes this camera so excellent and the range of accessories available for underwater creatives.... 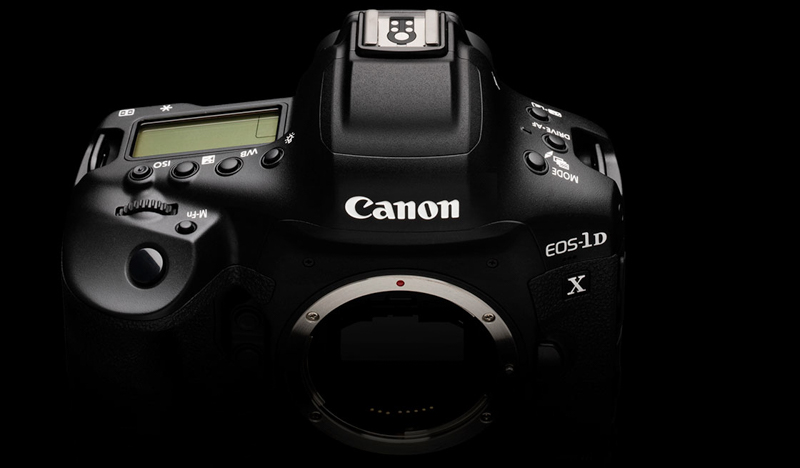 1DX Mark III for Underwater Photo and Video   |   Who Should Buy?   |   Underwater Lenses

Autofocus on the 1DX Mark III is significantly improved with new AF tracking, face detection, and head detection. The camera features a 191-point AF system and for the first time in a DSLR, quick dual pixel CMOS AF in live view.

The DIGIC X processor in the 1DX Mark III is the most notable improvement from the Mark II. The processor enables the camera to have a 1,000 shot RAW buffer, 16 fps burst shooting (20fps in live view), 4K video @ 60 fps, and 5.5K video using the full width of the sensor. These amazing video specs could not be accomplished without the use of one of the most powerful processors in a full frame camera. 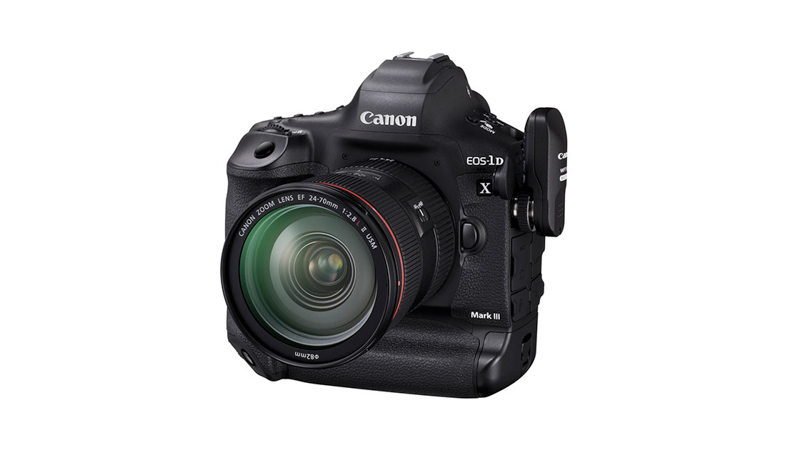 The Canon 1DX Mark III is very similar in body design to the 1DX Mark II - it's big. Really big. It's a large, double-grip, DSLR. But for the best of the best, that's the kind of camera necessary to fit in all that processing power. That being said, it's an intuitive camera. If you're a Canon user, you will feel right at home considering that nothing has really changed in terms of the body design. It's not going to be a travel friendly camera, but for the niche of people that need it, they'll likely do what it takes to get over that hurdle.

The 1DX Mark III is an extremely durabe camera with excellent weather sealing. The camera is tested to 500,000 exposures, making it the most durable Canon EOS camera ever.

Overall the camera and housing are ergonomic, with lots of buttons to help customize controls. Did I mention.....two card slots!!!! CFexpress at that. Yes, they're expensive cards, but the speed benefits are unmatched.

The 1DX Mark III is one of the few, special upgrades that actually witnessed a change in image quality and processing. This is very exciting in an age when it seems that every new upgrade yields tiny improvments in the next generation. The camera is equipped with a new sensor and low pass filter. At 20.1 megapixels, it's similar in resolution to the 1DX Mark II. However, this new sensor is also equipped with a new low pass filter with 16-point seperation. This will increase the sharpness in image quality while correecting false colors or moire patterns - thus solving one of the issues with low pass filters. Canon claims that the camera is designed for low light and has an extended ISO range. Though this likely won't change performance in low light compared to the Mark II, we have yet to test the camera to see.

The new DIGIC X processor is a huge improvement from the Dual DIGIC 6+ processor on the Mark II. The Mark III can process data up to 380 times faster than the Mark II. The Mark III is now capable of an amazing 1000+ RAW image buffer which means you can shoot in burst mode to your heart's desire! No other full-frame market can boast this kind of capability. Burst rates have also been increased up to 16 fps and 20 fps in live view - also placing the camera at the top of the market. Finally, the camera's amazing video capability can be attributed to the processor upgrade.

The AF capability of the 1DX Mark III is especially exciting when comparing it to other DSLR's on the market. According to Canon it's almost like a mirrorless-DSLR hybrid with all the benefits of both types of camera. Along with an increase in AF points to 191, Canon has integrated the 1DX Mark III with AF tracking - including face detection and head detection.

Live view AF has been infused with Canon Dual Pixel CMOS AF, including servo (continuous) AF for moving subjects. There are 525 AF zones and more than 90% sensor AF point coverage in Live View. Canon implied that the live view AF is as capable as their mirrorless line, and we're very excited to see if that's true.

Underwater videographers and photographers will be happy to know that low-light AF performance with the 1DX Mark III is wonderful...operational down to EV -6 wonderful.

Let's talk video. The Canon 1DX Mark III is Canon's best DSLR ever made for video. It's sure to catch the attention of many underwater videographers. Unlike many other Canon cameras, there is no crop in 4K or even 5.5K! 5.5K can be captured up to 60fps with RAW recording. 4K can be captured up to 60 fps. 4K is not cropped in UHD mode but DCI 4K does have a slight crop. Video can also be shot internally in10bit 4:2:2, and Canon Log recording is available.

RAW footage is an amazing capability with this camera. Especially considering that RAW recording is usually offered only in cinema cameras valued much higher than the 1DX Mark III. It's worth noting that with RAW recording, AF is not available at 60 fps or 50fps, unless you're shooting at cropped DCI 4K or lower.

Overall there isn't a better Canon DSLR out there for video. When you combine amazing recording capability with excellent processing power, Canon colors, and improved autofocus, anything is possible.

It's important to mention that a huge benefit of the 1DX Mark III over mirrorless cameras is the batterylife. You can shoot for days with a betterylife of 2,850 shots! It's unbeatable. No need to worry about charging during safety stops or even overnight. And if you're shooting video, it's just as good. The camera is rated to shoot for 2 hours for RAW and 4K recording! 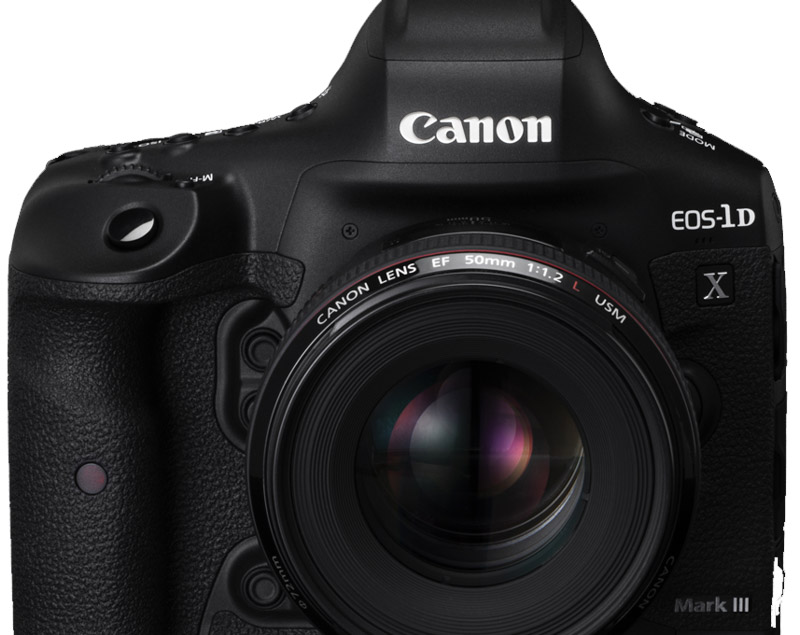 Underwater video is really where the Canon 1DX Mark III is going to shine.  As Canon's best DSLR camera for video, it's going to be a serious contender for professional videographers who are in the market for high-end video cameras and even cinema cameras. With RAW recording capability combined with 5.5K @ 60 fps resolution, there are few cameras on the market as capable for taking detailed video that can be manipulated freely in post processing. True RAW recording is always going to be better than using Log profiles, like C-Log - which is also available with the camera. The footage can be captured using the full width of the sensor, which means maximum details, no crop, and downsampled 4K video is going to look pretty tasty.

Improved Live-View AF, especially servo AF, is going to be a huge benefit for underwater videographers. However, it is worth noting that AF does not work if recording RAW at 60 or 50 fps, unless you are shooting cropped 4K DCI. Canon's famous dual pixel AF is cinematic in it's look and definitely better than other top video cameras like the Nikon Z6.

Overall, underwater videographers are going to be pleased to finally have a Canon camera that doesn't compromise. There are no crops, all the frame rates you could want are there, and there are very few caveats.

Who Should Consider Purchasing the Canon 1DX Mark III?

However, dedicated hybrid shooters and videographers will certainly be looking at the 1DX Mark III as a serious underwater system. For videographers who have been waiting to get the most of Canon colors as well as RAW recording, they finally have a camera that doesn't compromise on resolution or frame rates. Nauticam is a leader in machined aluminum underwater camera housings. The Nauticam NA-1DXIII housing for the Canon EOS-1DX Mark III is an ergonomic, elegant, and effective housing designed to provide full functionality to the 1DX Mark III underwater. The housing is crafted from high quality aluminum and all controls and dials are within reach from the handles. The housing is depth rated to 100m. All buttons are clearly labeled, it includes two fiber optic ports and a leak sensor. The rotating housing latch is secure and easy to use. This housing has an N120 port opening.

The Canon 1DX Mark III is one of the most exciting camera released from Canon in a while. The camera is the world's top DSLR and it shows in it's capability. The Mark III features a revolutionary image buffer, an improved low pass filter, better autofocus, higher resolution video, RAW video recording, autofocus tracking, and amazing battery life. Honestly, what more could you want from a camera?

Read our guide to the Best Underwater Cameras of 2022

Read our guide to the Best Underwater Strobes in 2022

Underwater Video Lights & Housings are Up to 30% OFF