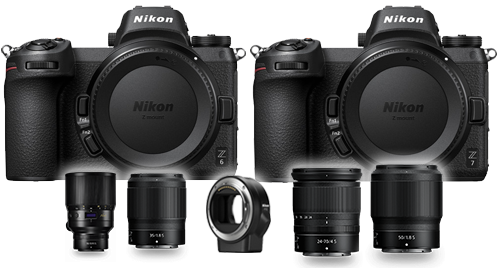 Nikon just announced major changes, not only by finally stepping into the realm of mirrorless cameras, but also with the release of a completely new lens mount, available at the end of September.

Nikon has finally released their first mirrorless cameras, the Nikon Z7 and Z6, long after all other major players entered the mirrorless game. Highly anticipated, will the wait have been worth it? Along with this release is the announcement of a redesigned new lens mount, the Nikkor Z mount. As with all new camera releases, we are excited over the prospects of the new system and what it may mean for shooting underwater. Let’s look at what is to come and how it will be useful for your underwater photography.

After a run of 60 years and 100+ lenses with the trusted F Mount, NIkon has completely redesigned an entirely new mount. With the release of the Nikon Z7 and Z6 mirrorless cameras they also announced the new lens mount, the Nikkor Z. Designed to allow for improvements in lens speed and brightness where the F mount was limited, this new lens system provides the ability to create lenses with more light capture, that are smaller in size and provide improved overall sharpness.

The new Z Mount lenses feature a larger mount size of 55mm with a shorter flange distance of 16mm allowing the creation of lenses previously out of reach of the F Mount system of 46.mm and flange distance of 17.5mm. These small changes mean big things when able to create lenses with focal speeds up to F/0.95, decrease overall lens size due to not having to bend the light as much as on the smaller mount and increase overall lens sharpness. In addition, the Z lenses will be able to produce the same center to edge crispness in their photographs at larger apertures, allowing greater selection of F stop without sacrificing quality.

To start off Nikon has announced three Z Series lenses available with the release of the new Z Series Mirrorless cameras. These include two primes, a 35mm F/1.8 S, 50mm F/1.8 S and the standard full frame kit lens 24-70mm F/4 S. Future lens releases have been mapped out through 2020, providing a look to what is to come. 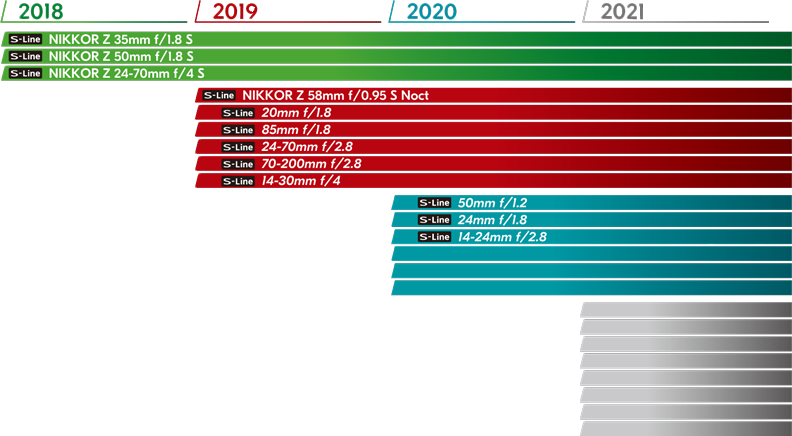 For underwater photographers the excitement is muted. As with any lens shift or new mount there is always the issue of variety and availability. Shooting underwater uses lenses that are not often the primary choices of topside shooters and therefore often further down the planned timeline for new lens releases. Extra wide angle and macro lenses are often thought of later, and while primes are great for speed and detail, the loss of versatility with no zoom range is a downside for many underwater shooters. Finally, creative lenses that are regularly used underwater such as fisheye, are often last to be released in a new system.

Looking at the Nikon road map for Z Series lenses, there are few if any lenses that will appeal to the underwater photographer immediately. Two great wide lenses, 14-30mm F/4 S and 14-24mm F/2.8 S are planned, but no macro or fisheye options. In addition, Nikon has not released the specs of their new Z mount to third party lens manufacturers, meaning it will be a long time before we see any Z lenses from other manufacturers, such as Sigma or Tokina, two popular lens makers with underwater photographers. As with any big lens change, it will take time, but with the history of Nikon’s F mount, it is likely that time will be good and eventually we’ll see a nice selection of lenses for the Z Series cameras. Until then, all previous NIkon F mount lenses are compatible with most will auto-focus smoothly with the Nikons FTZ (F to Z) lens mount adapter.

Arriving to the mirrorless playing field years after many other camera manufacturers may be seen as a mistake, missing out on years of redevelopment through model changes, or it can be seen as a skilled move, researching, waiting and not rolling out this new camera system until everything was right. Whichever it turns out to be, NIkon has waited quite a while before jumping into the game with a mirrorless camera.

As Nikon is well known for high end performance and quality, it is no surprise that their first mirrorless release would be full frame. The NIkon full frame mirrorless cameras have the specs to provide a high quality, high resolution and high performance, professional shooting experience. They combine the tried and trusted styling, design and performance of the NIkon DSLR cameras in a smaller body.

Nikon is releasing two cameras right off the bat, following in the footsteps of the Sony full frame mirrorless cameras with a high end, high megapixel "pro" model and a lower megapixel, yet still professional level version at a lower price point. The Nikon Z7, dubbed "the perfectionist," is a high resolution powerhouse with a big price tag, designed for professionals and detail seeking photographers that want to squeeze every megapixel possible from their full frame sensor. The Nikon Z7 has 45.7MP resolution, 493 on sensor autofocus points using the Expeed 6 Processor. The second camera is the Z6, Nikon's "All-Arounder", a 24.5MP sensor with 273 on sensor auto focus points and the same Expeed 6 sensor.

Both cameras are familiar - they look like any Nikon DSLR, only smaller. Physically, the two cameras are identical. The have many great features such as a deep grip for comfortable handling (which is often lacking in a smaller camera), full weather sealing, the same menu layout as other NIkon's and more. One aspect that stands out is the top of the camera display - something that no DSLR shooter would think twice about, but which is missing from every other mirrorless camera. This display is a high quality OLED on the Z Series cameras, an improvement from NIkon DSLRs. Both cameras feature a high resolution 3.2" tilting LCD and one of the best electronic viewfinders available.

The Nikon Z Series cameras are the first Nikons to incorporate In Body Image Stabilization (IBIS). The Nikon IBIS works off all 5-axis and will function with legacy lenses through the NIkon FTZ adapter. Both models shoot 4k video up to 30 fps and can do slow motion recording at 1080p 120 fps.

While we won't know how well the new cameras live up to their published speciifications until we get these cameras in hand to test out, the overall feeling is that they will be an exciting new option for those looking to move into the mirrorless world. However, like any new system, the Z series cameras are not without some shortcomings.

Here's a quick comparison of some key specs between the two new NIkon Cameras.

Here are a few features that are missing or lacking based on the published information and early user reviews. First is that the Z Series cameras features only a single card slot. While that will be a sore spot for some, but not all, what may be more of a pain is that they require the purchase of new cards. Looking to the future, Nikon's Z Series uses the faster XQD cards which are faster than SD and can offer higher storage capacities. This format also matches the newly emerging CF Express which will later be compatible through a firmware update. Battery life is a big question, with a low 310 (Z7) and 330 (Z6) shots based on CIPA ratings. Next, while the continuous shooting speeds of these cameras is great (up to 12 fps with the Z6), the buffer is unfortunately small, allowing only about 2-3 seconds burst, and when shooting RAW exposure is locked from the first frame. The auto-focus system has been reorganized, which, while not necessarily bad, will take some getting used to for those moving from previous Nikon cameras.

The Nikon Z7 & Z6 look to be great options for underwater photography, however like any camera, there are downsides. The smaller (than DSLR's) body size is great for traveling, the familiar Nikon menus will make navigating the transition easy for previous Nikon shooters. The high (and higher) resolutions are great for image quality, and being able to crop in when needed without losing crucial detail. Some people will be upset at only having one card slot, leaving no possibility of back up should a card fail during a dive, where as others will see the smaller size due to space saved as a bonus. One big downside for underwater photography is the 1/200 shutter sync speed. The biggest issue though looks to be the low battery life. The CIPA rating of 310-330 shots for these cameras is very low, similar to that of the original Sony A7 series cameras, meaning spare batteries or the ability to recharge between every dive will be a must.

While housings have not even been announced yet, we can assume the top contenders will all produce a housing for the Nikon Z7 & Z6 cameras. Since these two cameras are physically identical one housing will work for both versions. Keep an eye on the links below, we'll update as soon as we get word of official housings from each manufacturer. With the cameras beginning to roll out in September, it's possible to see new housings as early as end of October, but releases could take as long as beginning of 2109 too. Stay tuned! 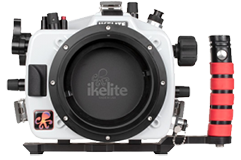 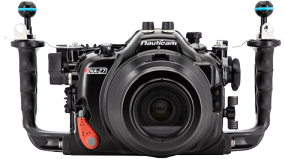 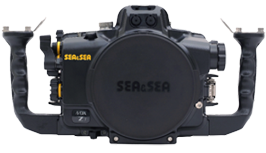 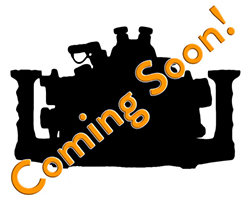