The Olympus OM-D E-M1 Mark II is the top of the line micro four-thirds mirrorless camera. Released at the end of 2016 it built upon the long success of previous Olympus OM-D cameras, and offers professional level controls in a small, yet robust body. This camera offers the most flexibility and diversity of any mirrorless camera due to the large number of lens choices, the incredible amount of customizable camera options and the high quality output across a number of different shooting situations.

Why We Love It

For underwater photographers the Olympus cameras have always been a dream to use and the E-M1 Mark II is no exception. Great lens selection allows the shooter to pick the perfect choice for the type of shot they want to capture. Easy to use controls translate to easy and accurate control from within an underwater housing, and the fully weather sealed body allows for rigorous use in less than ideal environments. Improvements in auto focus speed and accuracy, low light performance, and added customizable options make this a perfect choice for shooting in nearly every underwater scenario. The only downside to shooting underwater with the E-M1 Mark II is the lower 1/250th shutter speed sync (we saw up to 1/320th with the original E-M1), however this can easily be overcome with a Nauticam housing & flash trigger.

The Bottom Line: Choose the Olympus OM-D E-M1 Mark II if you want the best possible image quality from a smaller mirrorless camera. High speed burst, image resolution & quality, performance and controls set it above other similar mirrorless and put it nearly on par with many cropped sensor dSLR cameras. Unless you desire the increased detail of a full frame sensor, the E-M1 Mark II performs better than any other option of its class. It's good for the casual videographer, but limitations such as no custom white balance in video mode make it less ideal for serious video shooters. 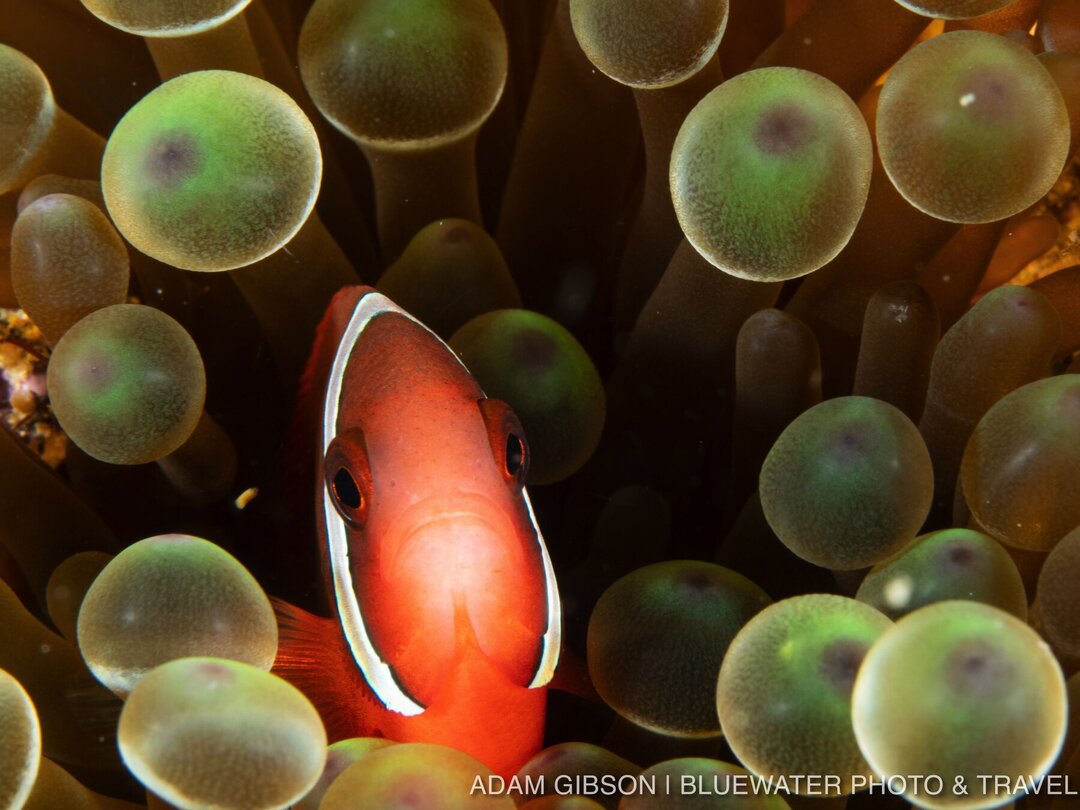 The new 20MP Live MOS sensor brings a 25% increase in resolution from the previous OM-D cameras, which featured a 16MP sensor. In addition the E-M1 Mark II sensor does not have the anti-aliasing filter, which results in sharper, crisp images. Olympus continued to make improvements with ISO performance as well, with the E-M1 Mark II offering stellar low light performance with minimal grain. Here is a great comparison of the E-M1 Mark II, GH5 & A7R II for ISO performance. Overall grain is much less noticeable than previous OM-D cameras, and images remain useable even above ISO6400 (such as the ISO test shot to the left), which previously would be unheard of.

Major improvements in auto focus and tracking allow for more accurate focusing and quicker response time, especially with lenses such as the 60mm Macro. The E-M1 Mark II features 121 auto focus points allowing you to fine tune the focus location with greater accuracy.

With a flash sync speed of 1/250th, the E-M1 Mark II is on par with just about every other popular camera out now. While the original E-M1 featured a 1/320th sync speed, it ends up being a wash due to the improved ISO LOW setting at about ISO 64. The lower light sensitivity reduces incoming light allowing for more detail in bright spots despite not being able to stop down the shutter speed further.

Pro Tip: If shooting underwater with the Nauticam housing, we have learned that using their LED Flash Trigger allows you to bypass the 1/250th sync speed and shoot in sync images with strobes up to 1/500th! This will add greater flexibility for sun-balls and shots with bright light sources without sacrificing quality. (This was tested on YS-D2J strobes).

Here is a place the E-M1 Mark II really shines. With an incredible 15fps using the mechanical shutter (locked focus) or 10fps with continuous autofocus. Both these specs are better than other similar cameras - the Panasonic GH5 offers up to 12fps and only 9fps with continuous autofocus and the Sony A7R III also offers 10fps with autofocus. Taking it one step further, the E-M1 Mark II offers up to 60fps when using the electronic shutter (autofocus locked). Grab a UHS-II card and get a nearly unlimited buffer allowing you to take full advantage of that 60fps burst!

Pro Capture mode is the same as shooting with the electronic shutter at 60 fps or 18 fps, but with the added benefit of “pre-capturing” photos from right before you press the shutter release. When engaged the camera begins storing photos in the internal memory while you hold focus. When you capture the shot it records up to 14 images (increased to 35 photos with the latest firmware update) from right before the shutter release and adds them to the front of your burst series. This allows you capture “perfect moment” action photos even if you are a bit late on hitting the shutter release. The one big limitation for using this mode underwater is the inability to use strobes - the burst rate is too quick to sync with strobes. However in the right conditions video lights would work great with this feature.

Image Stabilization - up to 5.5 stops

The E-M1 Mark II is the first of the OM-D line to include 4k video recording. Late the game, this is a much needed feature and one we're glad to see! 4K video is available at both 30fps and 24 fps with up to a 237 Mbps rate. The downside to shooting video with any Olympus OM-D camera is the lack of white balance control in video mode. This is nothing new to the E-M1 Mark II; all OM-D cameras so far have only allowed a custom white balance in photo mode. It's a bit of a roundabout work flow but you can preset and save white balances that can be selected in video mode later, otherwise you'll need to use a color correction filter or switch to photo mode to white balance then switch back to video.

Lastly improvements to the power system means a battery with 25% more shots per charge (up to 440 based on CIPA ratings) and a charging time that is 50% less than its predecessor. The magnesium and aluminum body are fully weather sealed, making this a great choice for shooting in less than ideal weather conditions.

E-M1 Mark II vs the Competition

Is the E-M1 Mark II the right option for you? Take a look at the specifications compared against other similar mirrorless cameras. The E-M1 Mark II excels in many areas including burst shooting, ISO, Image Stabilization and Battery Life. It compares similar to or a touch better than other micro-four third cameras for images, is great but not quite as good as the Panasonic GH5 for video performance, and offers incredible image detail and resolution, but is still a smaller sensor than the APS-C sized Sony A6500.

As mentioned previously, there is a wide range of quality lens choices for using the E-M1 Mark II underwater. This gives the shooter flexibility in choosing different focal lengths for both macro and wide lenses with multiple options for each style of lens. Since both Olympus and Panasonic use the micro four-thirds mount, lenses from either manufacturer work well with the OM-D E-M1 Mark II. Our Micro Four-Thirds Lens Buyer's Guide <link> has all the great lens choices listed, but here are our top three favorites for the E-M1 Mark II Camera.

Olympus 8mm Fisheye Pro - We prefer this lens to the Panasonic 8mm Fisheye because it is slightly longer in length. Both lenses feature a wide 180° angle of view, but the extra physical length on the Olympus lens means that you have more space to position strobes without accidentally seeing them or the reflection glare in your images. This is the perfect lens for many wide angle scenarios and it excels at close focus wide angle.

Olympus 60mm Macro - This is a favorite because of the level of magnification you can achieve while shooting. Comparable to a 120mm full frame macro lens, it works great for small to tiny critters & super macro with a diopter. The downside is medium to large subjects, like many fish, are too large and you have to move further away from the subject than is ideal. For more flexibility check out the Panasonic 45mm Macro.

Panasonic 7-14mm Wide Lens - This is an excellent choice for rectilinear wide angle. The super wide field of view is great for underwater and the quality is top notch. We often recommend the Panasonic lens to the Olympus 7-14mm PRO lens because of size. The Olympus version often has to be installed onto the camera from the front of the housing because it's diameter is too wide for most housing openings. This can be annoying, though overall quality of the Olympus is slightly better than the Panasonic. If budget is a concern, a great alternative to these lenses is the Olympus 9-18mm.

Our Micro Four-Thirds Buyer's Guide outlines all the great lens choices we recommend for underwater use with the Olympus OM-D E-M1 Mark II. There are four great options to choose from when taking the Olympus OM-D E-M1 Mark II below the surface. Note - the E-M1 Mark II is not compatible with the original E-M1 underwater housings, and visa versa.

Each housing has unique features, but all four work great with the E-M1 Mark II. If shooting sun-balls or bursts underwater, or having a wide variety of dedicated add on accessories is most important for you, we recommend the Nauticam. Their flash trigger allows you to bypass the 1/250th camera sync and shoot at a faster shutter speed, great for getting back detail in sun-balls and for using strobes during burst shooting. The Aquatica is a rugged powerhouse - practically indestructible making it great for use in cold or rough environments. Both the Olympus and Ikelite are great for those on a budget or looking for a lighter weight housing for travel.

Check out our OM-D E-M1 Mark II Housing Buyer's Guide for the details on each housing.

Check that these key functions are set on your camera before diving with your E-M1 Mark II.

Read through our comprehensive article on the Best Underwater Settings for the E-M1 Mark II for more useful tips and starting points when shooting with this camera underwater.

Remember that aperture controls your depth of field, choosing a larger number aperture will mean more of the image will be in focus.

When shooting Macro with a strobe:

When shooting Macro with a video light:

When shooting Wide Angle with a strobe: 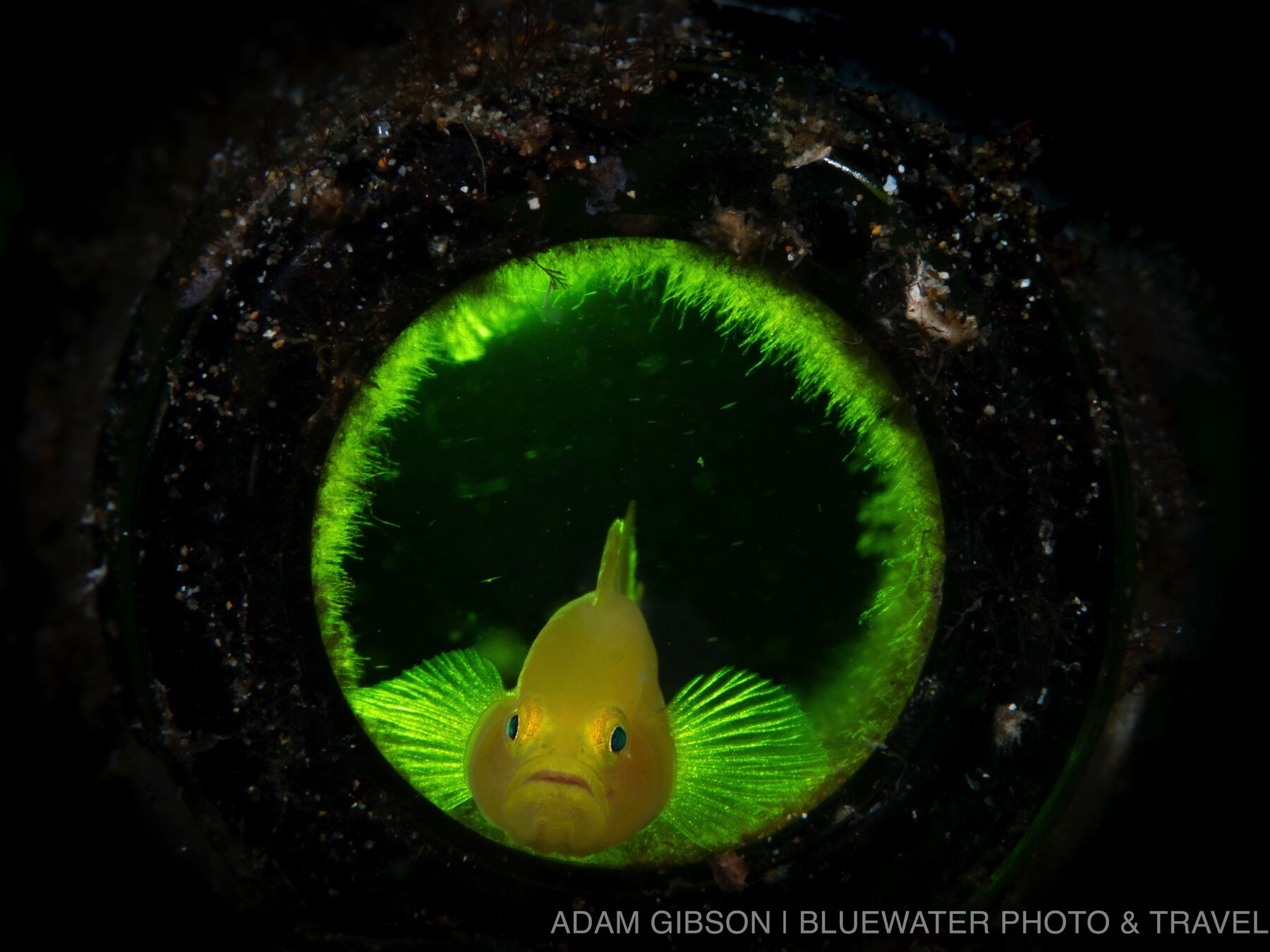 The Olympus OM-D E-M1 Mark II offers the best possible image quality of the smaller mirrorless cameras. With great features such as lightning fast high speed burst shooting, improvements on image resolution, quality, performance and controls it sits above other similar mirrorless cameras and performs nearly on par with many cropped sensor dSLR cameras. Unless you desire the increased detail of a full frame sensor, the E-M1 Mark II performs better than any other option of its class. It's good for the casual videographer, but limitations such as no custom white balance in video mode make it less ideal for serious video shooters. Overall the wide selection of lens options make this a top choice for underwater photography. 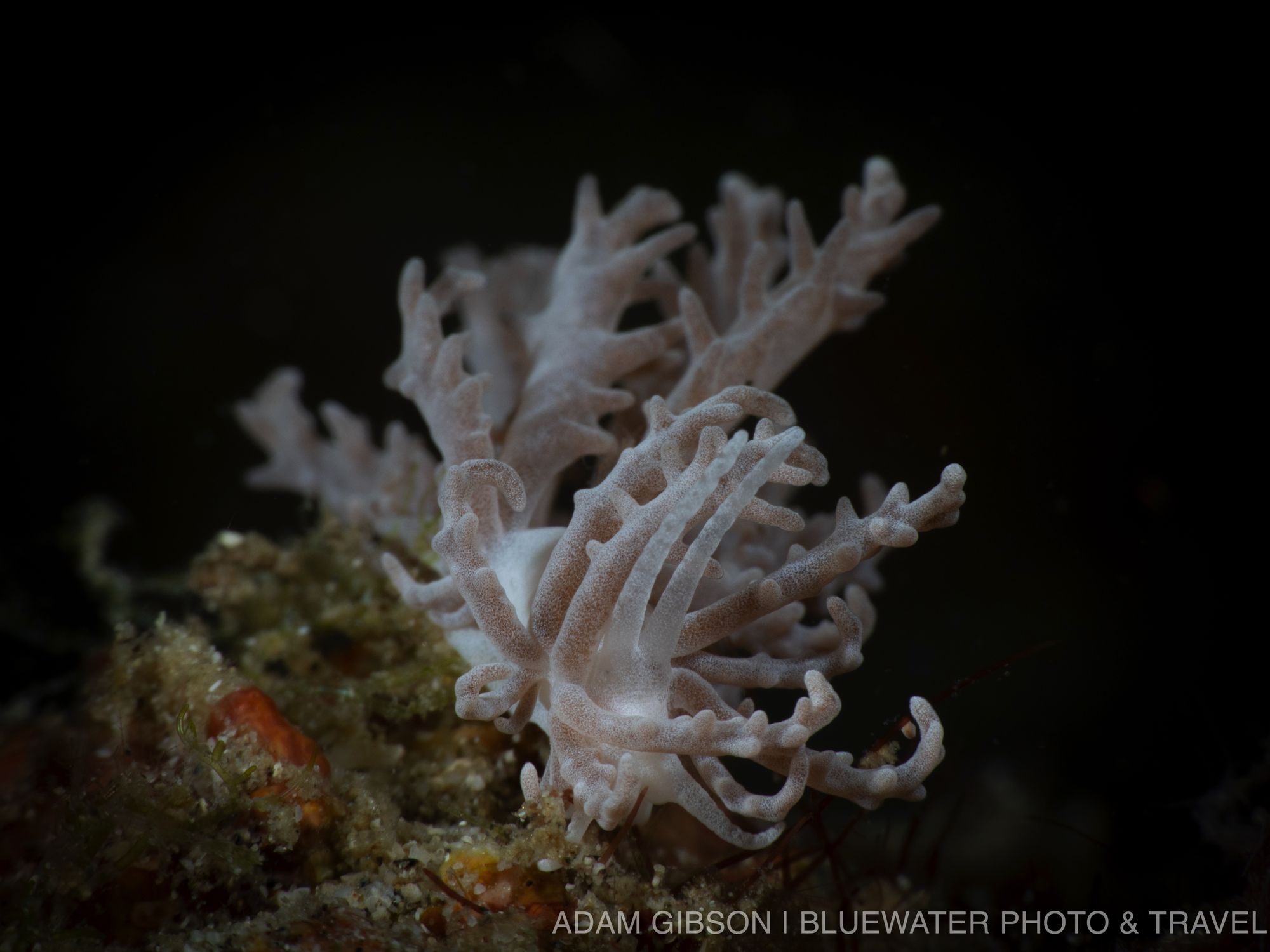