The pioneer of the full frame mirrorless cameras, Sony has made great improvements over the years with each new release of their A7 line. The A7R III is the latest in that line and finally Sony has released a camera that really excels across the board for underwater photographers. Extremely high resolution, paired with a top of the line sensor and image processor product stunning results. Improvements on battery life and auto focus bridge gaps in performance that the previous models could not cover. Overall the A7R III is arguably the best choice for the all-around underwater photographer looking for unbeatable resolution and image quality.

Why We Love It

The Sony A7 line has been popular since it first hit the market in 2013, however each version has had limitations or issues for underwater photographers keeping them from being a "perfect" choice. Now, most if not all of those gaps have been filled and the A7R III stands out as a top option. The biggest improvement we are excited about is the increase in battery life. The A7 & A7 II versions had dismal battery life, getting through a single dive at best before a battery change was required. Now with the A7R III can last all day. The CIPA rating on this battery offers 650 shots per charge on the A7R III a huge improvement from the 290 rated on the A7R II. While the camera uses the same 42MP sensor as the A7R II, the processor has been improved, the buffer and burst speeds have increased allowing for more and faster action shooting. On the video side, the slow motion capture has been increased to 120fps in 1080p (as opposed to 720p on the A7R II). Overall video specs otherwise remain the same with 4k limited to 30p.

The Bottom Line: Sony's high end 42MP powerhouse is a perfect choice for the underwater photographer looking for the best overall resolution, speed and performance in a smaller, lighter body than similarly rated DSLR cameras. For those few focused on action and bust shots, we recommend the upgrade to the Sony A9, which dominates for fast action. 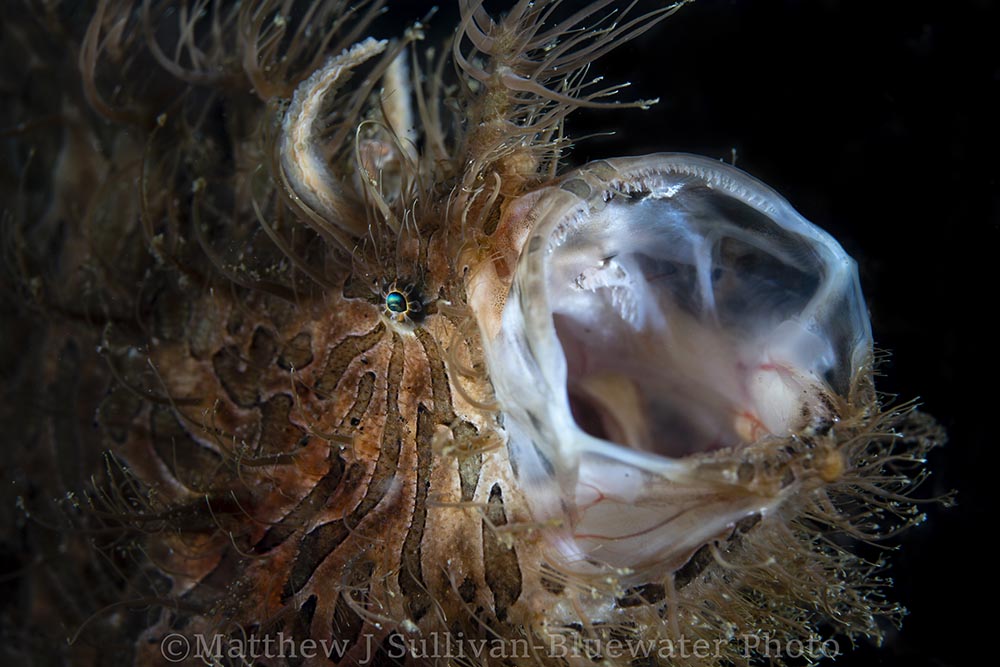 The Sony A7R III sits in a unique position among mirrorless cameras. It features the same high resolution 42MP sensor as the A7R II, but has the body and many of the great features of the professional level A9. With an improved processor, the camera outputs incredibly detailed images with a stunning dynamic range.

The A7R III features vastly more contrast detection auto focus points than the A7R II - 425 vs. 25! In addition it features 399 phase detection AF points, making it quick to focus and easy to dial in specific focus. The new joystick control on the back of the camera allows for easier movement of the focus point as well.

The biggest downside to previous A7 camera versions was the dismal battery life. Finally Sony has rectified that with a big improvement, nearly doubling the life of the battery with the A7R III. This is a huge relief for underwater photographers, who dreaded having to constantly open their housings and change batteries between every dive.

Faster Burst Shooting - up to 10fps

A blend between the A7R II and A9 the A7R III features double the burst speed of the A7R II, and half that of the A9. It's a perfect balance for the every day shooter. If you need the speed though, it's worth the upgrade to the A9. In addition, to aid in capturing the beautiful and large RAW files while shooting a burst, Sony has also increased the RAW buffer from 23 images (A7R II) to 76!

The A7 Series has always excelled in low light and improvements to ISO performance continue to give the photographer the flexibility to choose nearly any ISO and produce a clean image. The A7R III can shoot nearly up to the native max of 102,400 without producing excessive grain. Paired with improvements in image stabilization, the A7R III really excels at capturing low light scenes, a plus for ambient light shooters underwater.

One interesting new feature with the Sony A7R III is the pixel shift feature. In this feature, the camera takes two photos, 1 second apart, and shifts the pixels by 1 for the second photo. Then it combines the results for approximately four times the resolution in your image. This is certainly a cool new feature for still photography, but since subjects must be completely stationary, there is little use of this feature for underwater photographers.

Typically Sony released three versions of their A7 cameras, the standard body, the R for Resolution and the S for Sensitivity, built for video and low light performance. We have yet to see a release of the A7S III, but Sony claims it's in the works. With such a long wait between releases we're hoping to see something very special, but until then the A7R III video features are the best of the bunch.

The A7R III offers all the standard video features in top cameras today, making it easy to record high quality video. It offers 4K recording at up to 30p (same as the A7R II). Focus peaking, easy custom white balance, improved image stabilization and great low light performance makes it an easy camera to shoot video with. A few downsides are the lack of 60p for 4k record, and the limit to only 8-bit codecs (vs. the GH5 which offers up to 10-bit codecs). Slow motion recording has been improved to offer 120fps at 1080p vs. 720p on the A7R II. In addition the ability to shoot 4k on Super35 mode allows for sharper images using a cropped portion of the sensor. 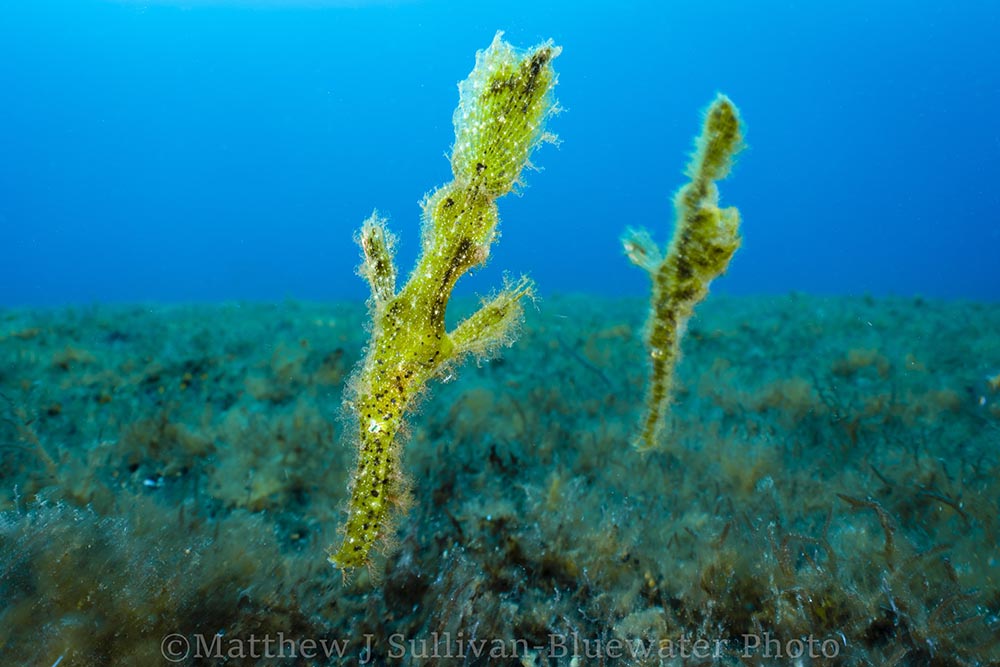 Sony A7R III vs The Competition 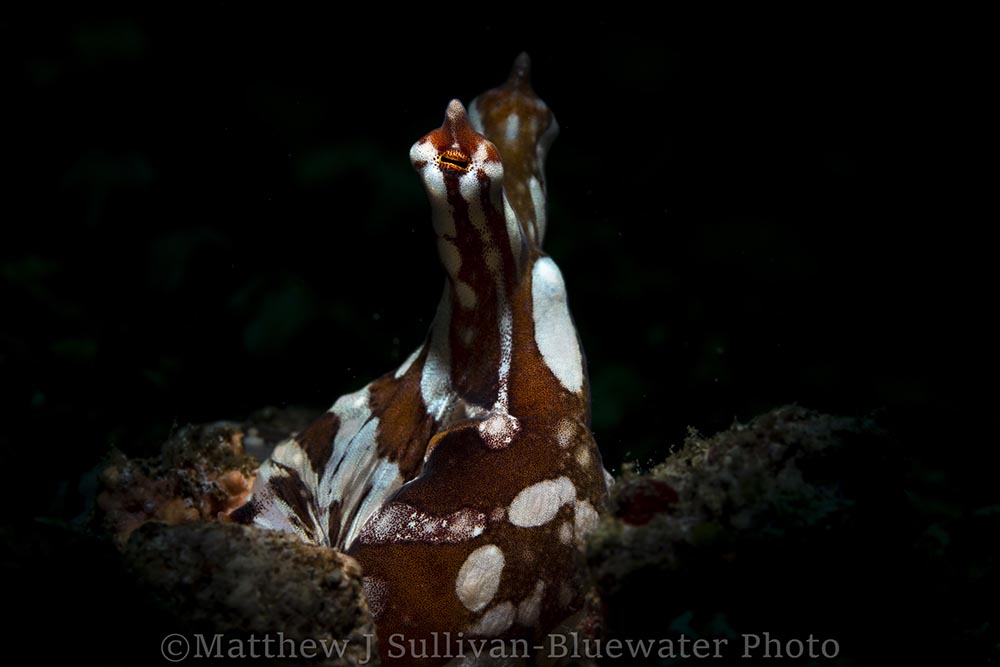 Sony has been slowly releasing more full frame E-Mount lenses allowing for more choices when shooting underwater, though the overall selection is still small compared to other brands or formats. Here are our top "go to" lenses with the Sony A7R III camera.

Sony 90mm F2.8 Macro - This is the best macro lens with the A7R III. While not as long a focal length as similar DSLR lenses (Canon 100mm or Nikon 105mm) it's still good for shooting small subjects, but gives flexibility for some slightly larger ones too. For larger fish portraits and other subjects, the newer 50mm macro lens is a great option as well. 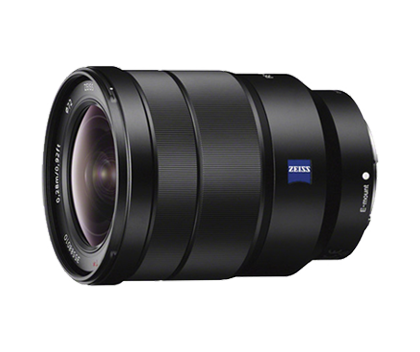 Sony 16-35mm F4 - A perfect all around wide angle lens, the Sony 16-35mm gives a decent zoom range to help perfectly compose your shot and a nice wide 16mm focal length for shooting just about any underwater subject. We recommend the F4 over the more expensive F2.8 version due to price and the fact that most underwater shooters rarely shoot wide open. For those that need a wider angle of view, check out the newer Sony 12-24mm lens or one of the conversion / wet lens options for a super wide fisheye view. 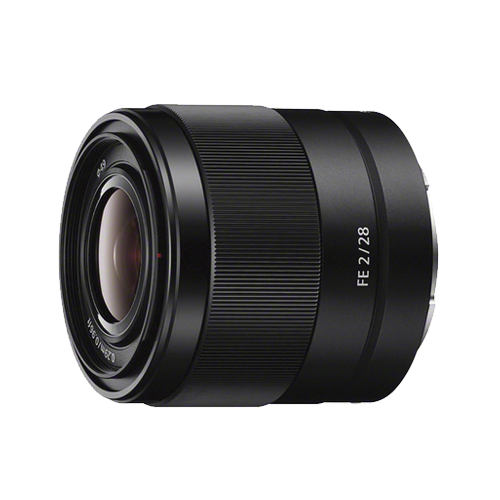 Sony 28mm F2 - This mid-range lens prime lens is a great tool with the Sony A7R III because it allows for the use of a variety of wet lenses or other water contact optics such as the Nauticam WACP (also compatible with the Sony 28-70) and the WWL. In addition you can pair it with the Sony Fisheye Conversion lens for the widest possible angle of view. 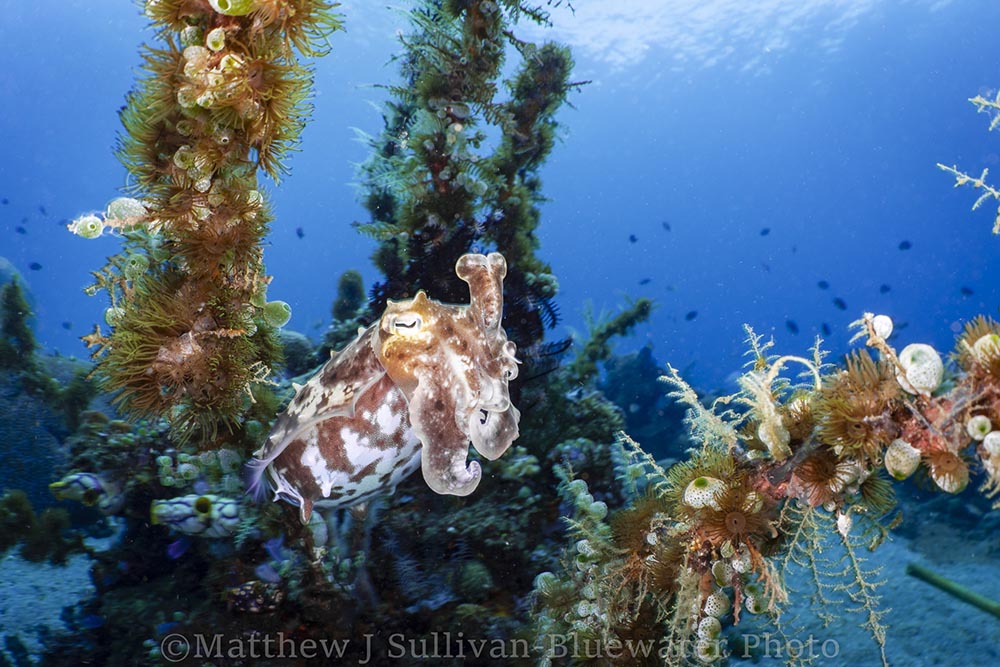 We offer four great housing choices for the Sony A7R III camera. Note - The A7R III is not compatible with the Sony A7R II or A9 housing from most vendors (only Ikelite offers A7R III & A9 compatibility in one housing)

While each housing fits the A7R III and offers full camera controls, there are a variety of reasons to pick one over the others. Budget comes into play with the aluminum housings priced higher than the polycarbonate version (Ikelite). Aquatica features a robust finish, deep molded grips and is the lighter than their A7II housing. Nauticam aims for ergonomics and offers a wide variety of accessories and port options while Sea & Sea has the best TTL control with their strobes built into the housing.

Check out our Sony A7R III Housing Buyer's Guide for the details on each housing. 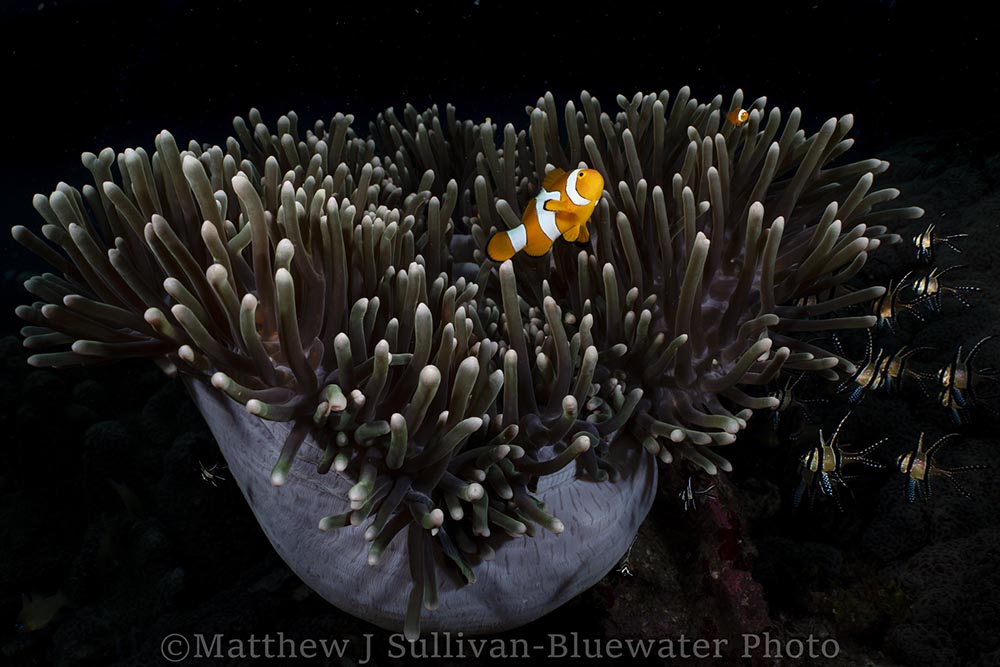 Before first diving with your A7R III we recommend checking and setting a few options in the menu system to ensure proper function and ease of use underwater. Once set you can refer to the starting settings below. Remember these are starting guidelines only, every dive is different and you may need to adjust your settings to get a proper exposure based on weather, light, conditions, etc.

Live View: Turn this function off to always see a bright image in your LCD or viewfinder. This is important as it does not take into account external strobes, so often with macro shooting when all ambient light is blocked, your screen would show up black!

Automatic Switch Between EVF & LCD: Turn off the automatic switch between the electronic viewfinder and LCD screen. Once the camera is placed in the housing the rear door covers that sensor making the camera believe your eye is always up to the viewfinder and not allowing use of the LCD. By turning this function off you can manually switch between the two at a touch of a button when needed.

Other Options: Other useful settings to check include photo review time (the automatic time your image displays before clearing for the next shot). Set this long enough for you to quickly see if the shot was good, but not so long that it becomes annoying. Check the Display Rotation - this may be disabled by default which prevents images from rotating in playback mode, meaning any portrait shot will be sideways unless you turn your camera. Lastly always remember to check your image format before shooting - are you in RAW?

Remember that aperture controls your depth of field, choosing a larger number aperture will mean more of the image will be in focus.

When Shooting Macro with a Strobe:

When Shooting Macro with a Video Light:

When Shooting Wide Angle with a Strobe: 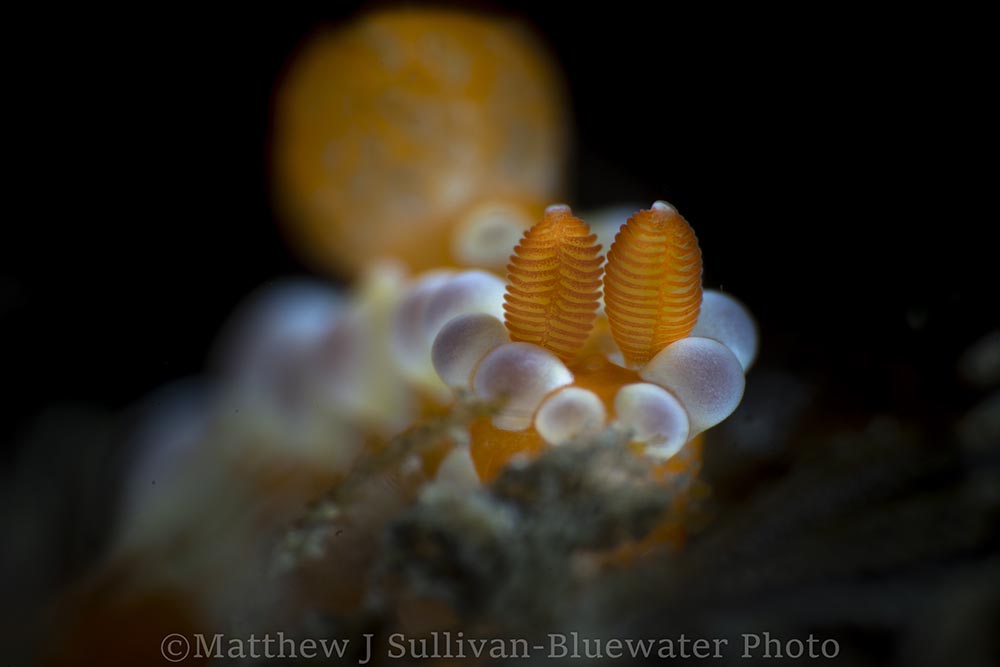 Sony's high end 42MP powerhouse is a perfect choice for the underwater photographer looking for the best overall resolution, speed and performance in a smaller, lighter body than similarly rated DSLR cameras. We love the extended battery life, both for less worry and less chance of an accidental flood due to excessive opening of the housing. Video control is easy and intuitive. The improvements in focus speed and accuracy as well as increased speed and buffer for burst shots make it a joy to shoot faster moving subjects. For those few focused on action and bust shots, we recommend the upgrade to the Sony A9, which dominates for fast action. 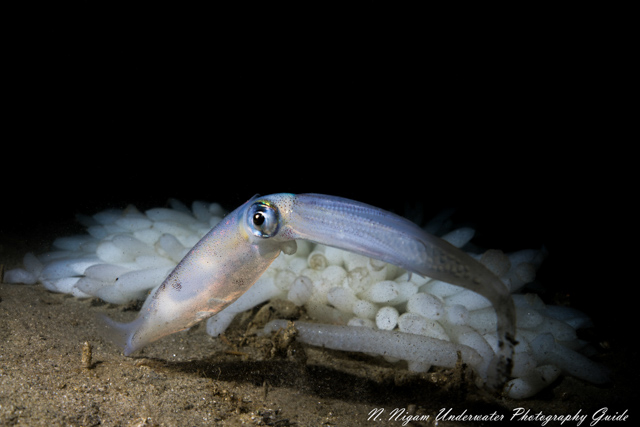