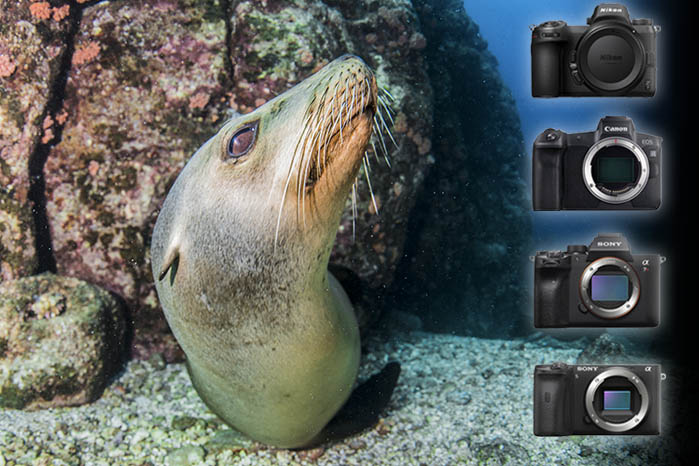 The last two years have seen rapid changes in photographic technology. Both entry level and professional camera systems are undergoing phase shifts as compact cameras are replaced by smart phones and DSLRs are replaced by mirrorless cameras. For a number of reasons, smart phones are still not as good as compact cameras for underwater photography. However, the DSLR vs Mirrorless debate is over - mirrorless cameras are now the best underwater photo tools on the market.

Although we recommend using a mirrorless camera over a DSLR, it can be difficult for many people with years of DSLR experience to decide to switch over. So we decided it would be a good idea to explain exactly why mirrorless cameras perform better underwater and dispell any misconceptions about mirrorless caemras that people may have.

Here are our Top 10 Reasons Why Mirrorless Cameras are Better than DSLRs for Underwater Photography:

1. Best Image Quality on the Market

Yes, there was a time when this fact wasn't true for mirrorless cameras. Back when mirrorless cameras first hit the market, most brands were designing cropped sensor cameras with worse image quality than full-frame DSLRs. So at the time, mirrorless cameras technically had worse image quality than DSLRs. But that all changed with the release of the first full frame mirrorless camera - the revolutionary Sony A7. Since then, camera companies have pumped all their R&D into designing top quality sensors for their mirrorless cameras. The Sony A7R IV holds the title of having the highest resolution full-frame sensor in the world - at 61 MP. It's truly amazing and produces wonderful, detailed, dynamic photographs. Just read our Sony A7R IV review. The Nikon Z7 wasn't far behind with it's 45.7 MP sensor - the same sensor found in the Nikon D850. The dynamic range in each of these sensors is just as good or better when compared to their DSLR counterparts. The only negation to image quality is slight banding that can be found in mirrorless cameras in rare moments, but many of these issues have been solved in recent models.

But even if a full frame sensor isn't the best option for you, especially if you're a macro photographer, mirrorless systems have more sensor options available than DSLRs. As with DSLR's there are more APS-C mirrorless options being introduced to the table. But beyond that, there is the popular micro four thirds sensor with amazing image quality, small bodies, and small lenses. 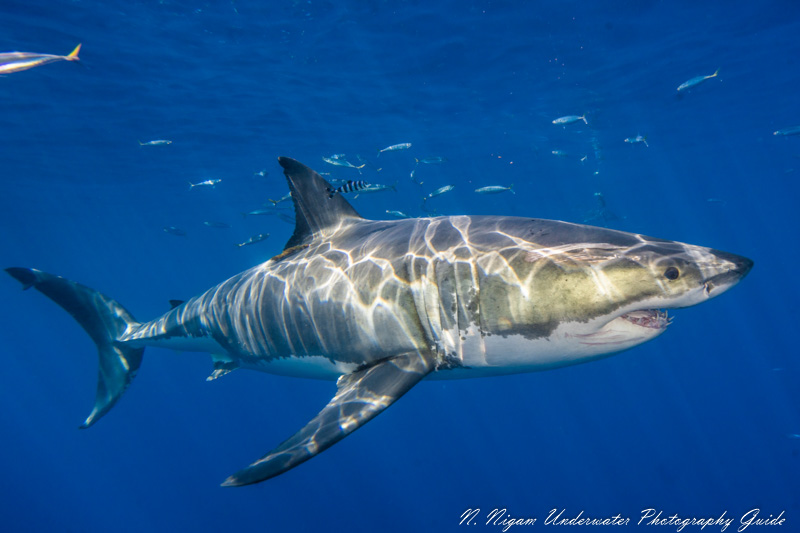 Mirrorless cameras have more autofocus points that can cover a larger field of view than DSLRs by nature of their design. When shooting through the viewfinder, autofocus points in DSLRs are clumped in the center without much area coverage. This means that your subject has to be towards the center of the image when shooting a DSLR. With mirrorless cameras, almost the full width of the image sensor is also an autofocus sensor. This means your subject could be almost anywhere in the field of view, and your camera would still be able to focus on it. For underwater photography this is a huge deal as we often have fish swimming through the frame or weird animals in weird positions. Edge-to-edge focus points make a world of difference and give you a lot more control of your image without needing to pan for focus.

Mirrorless cameras also have more accurate autofocus points than DSLRs. This is because DSLRs have a more complicated autofocus system. Therefor, with DSLR cameras bodies, lenses will need to be calibrated to the camera for accurate focus. With mirrorless cameras, lenses do not need to be callibrated. After shooting with both cameras over the years, it's difficult for us to notice too much difference in accuracy between high-end cameras. However, the difference is clear in lower end models. Mirrorless cameras just don't back focus or front focus - they're accurate. If you're a macro photographer that needs to make sure the eye of your subject is in focus, then you need a mirrorless camera.

Our favorite focus system for underwater mirrorless cameras can be found in the Sony A7R IV, Canon EOS R, and Nikon Z7. 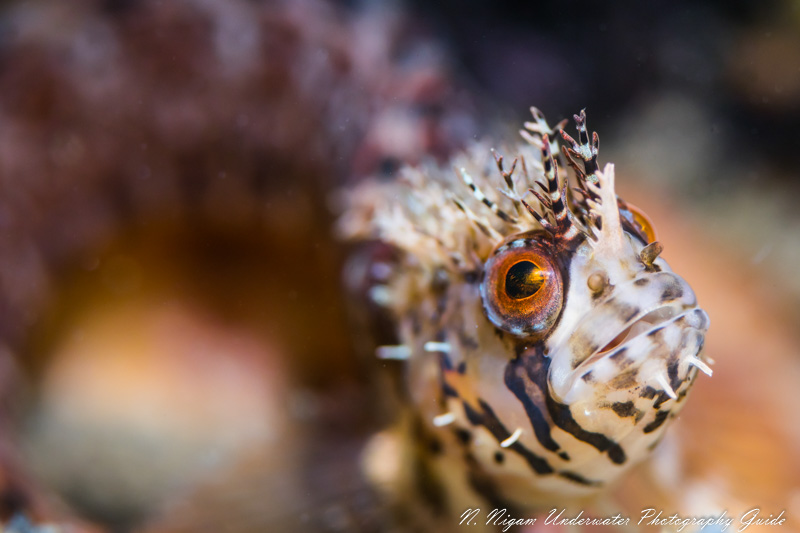 This image could only be taken with a mirrorless camera as I was focusing outside of the center of the image. In this case the animal was skittish and I couldn't pan the camera. Mosshead Warbonnet photographed with the Canon EOS R in a Sea & Sea EOS R Housing.

There was a time when autofocus in mirrorless cameras was significantly slower than DSLRs. With the recent release of the Sony A7R IV and other brands like the Canon EOS R, that has all changed. The Sony A7R IV and Sony A9 II can rival or beat the AF speed of almost any camera on the market. Although some mirrorless cameras lag slightly behind DSLRs in the autofocus game, the difference is really not very noticeable. 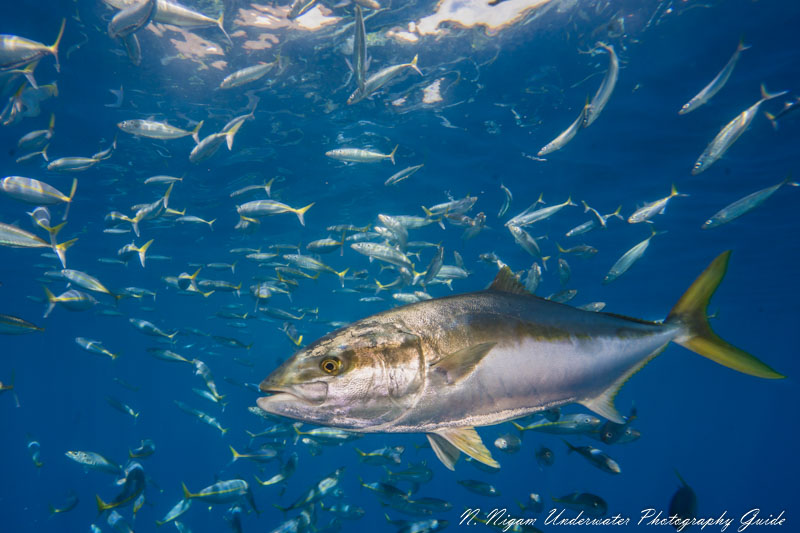 4. No Need For A Magnified Viewfinder Underwater

Some underwater photographers like using a viewfinder better than the LCD underwater, especially when using a magnified viewfinder. Others that prefer the live view LCD, however, can save $1000 on purchasing a viewfinder if they just want to use the mirrorless cameras LCD. 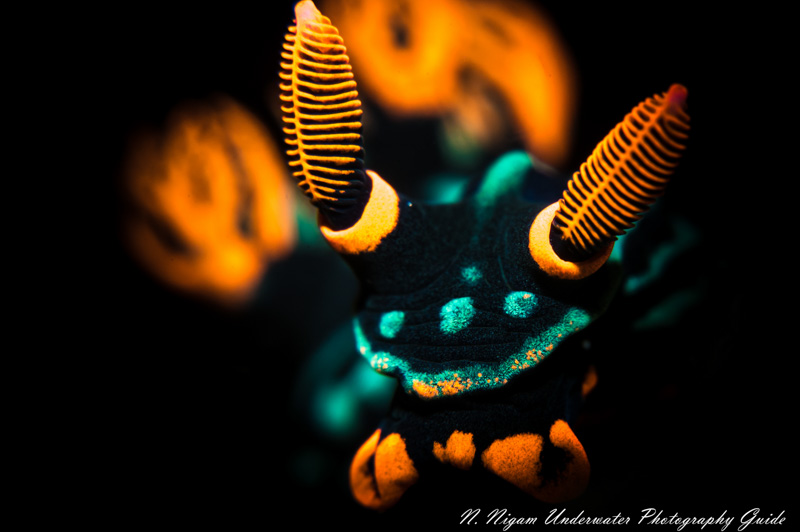 Because mirrorless cameras don't have a mirror, there's no way to optically view the scene through a viewfinder. Therefor, mirrorless cameras feature electronic viewfinders which are live video feeds of the scene in front of you. Electronic viewfinders, or EVFs, have been traditionally looked down upon for being laggy with lower dynamic range than optical viewfinders for viewing scenes. However, refresh rates and dynamic range in EVFs have improved considerably. At this point the Sony A7R IV, Nikon Z7, Canon EOSR, and Panasonic S1/S1R all have formidable EVFs. This means the full advantages of EVFs can be utilized in mirrorless cameras. This includes being able to see your setting in your EVF the same way you would on an LCD and being able to review your images. Now you can do a whole dive staring the EVF and not take your eye off of it once! 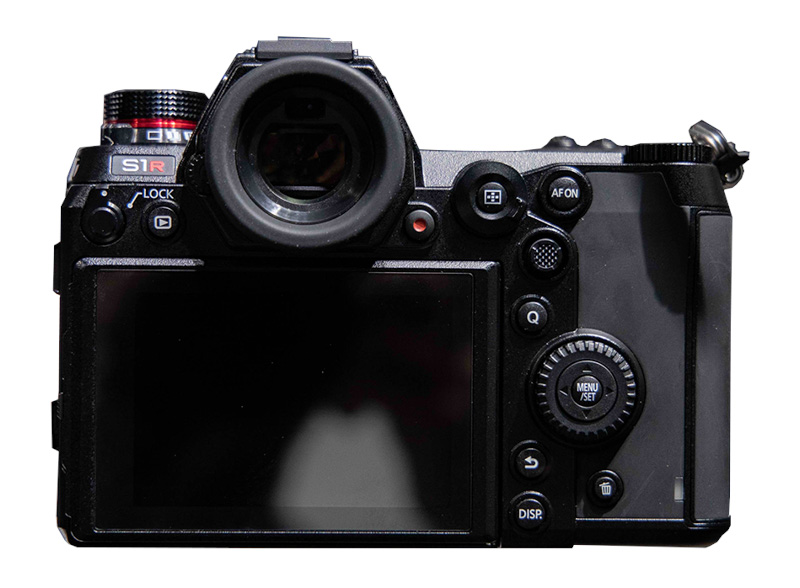 The Panasonic S1R has an excellent electronic viewfinder 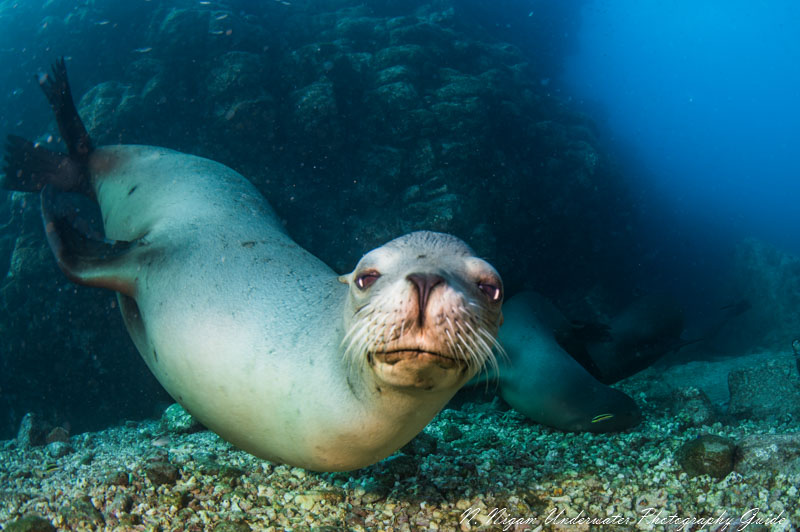 Mirrorless cameras take better video than DSLRs. They have more accurate full-time video autofocus systems which is great for any videographer wishing to shoot dynamic underwater subjects. Recently mirrorless cameras also tend to have better 4K resolution with no pixel binning or cropping, with an exception of the Canon EOS R. Many mirrorless cameras have better white balance and color underwater. Some of the worlds top video cameras and cinema systems are mirrorless, like the Panasonic S1/S1R as well as the Panasonic S1H which has been recently certified for Netflix. 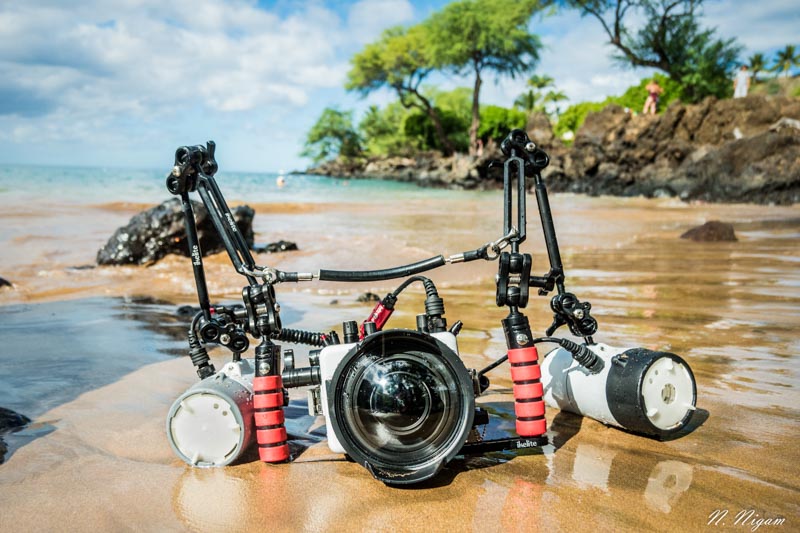 Nikon, Pansonic, Leica, Sigma, and Canon have taken advantage of their shift to mirrorless cameras by creating new lens mounts with the potential to advance lens engineering to new levels. These lens mounts tend to have a shorter flange distance which moves the lens closer to the sensor. This keeps the camera compact. These lens mounts are also larger than their DSLR counterparts. Between the larger size and shorter flange distance, the lens mounts improve mirrorless image quality by reducing chromatic aberration, ghosting, and increasing corner sharpness. 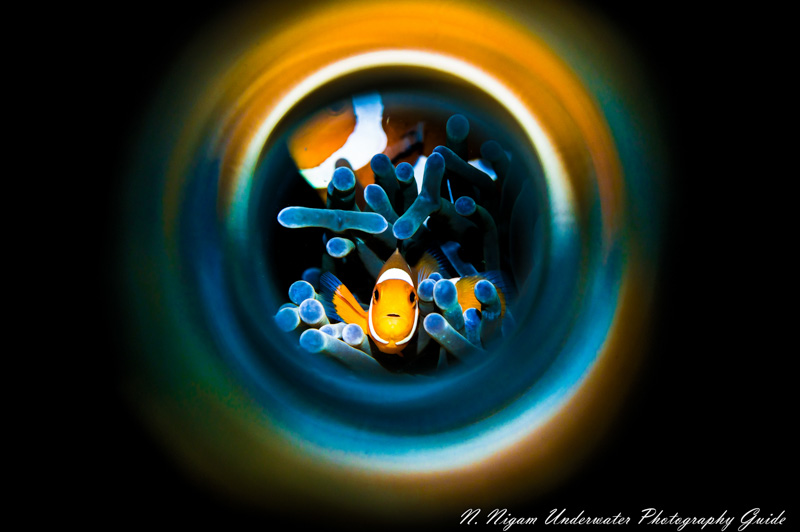 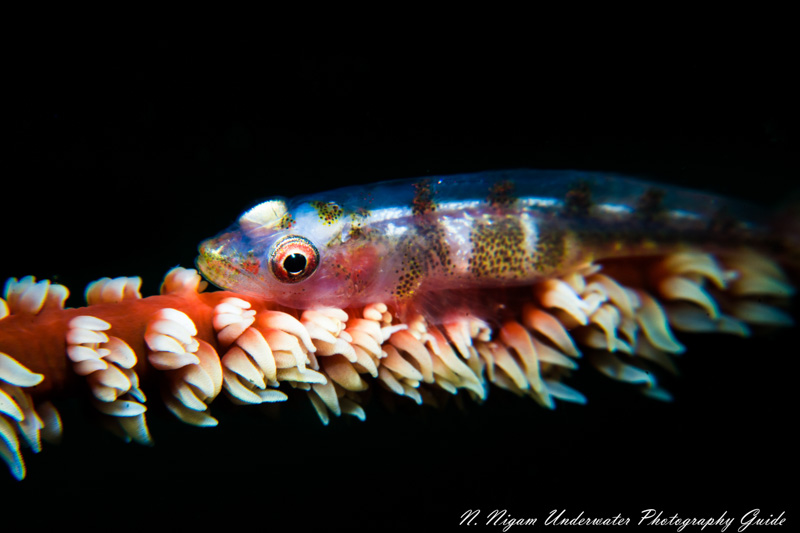 Check out our underwater camera reviews of some of the top mirrorless cameras for underwater photography: