Olympus sold off its imaging business back in January 2021 after 85 years of manufacturing camera equipment. OM Digital Solutions were quick to buy the successful brand's operation, announcing they would be sticking to Olympus's development path and honoring all existing orders and warranties. They also announced that they would continue developing new mirrorless cameras and lenses for the consumer market.

The OM-1 is OM System's first release since acquiring the company. As a homage to the past, the OM-1 would carry the Olympus logo across the front of the camera. As such, the camera is known as the Olympus OM System OM-1, but this will be the last time we'll see the Olympus branding on a camera. Going forward, OM Systems will be dropping the iconic brand name in favor of its own. 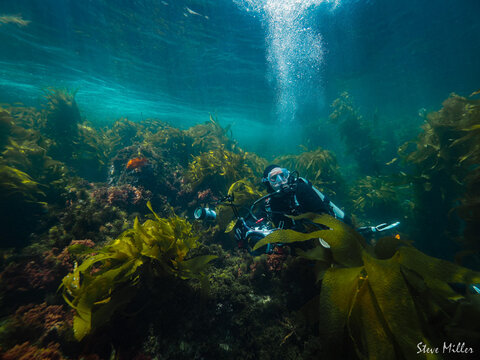 OM Systems say they want to compete with the dominance of Sony and Canon in the mirrorless camera and lens market. The goal is to develop new models to add to the current lineup and recapture Olympus's success of years gone by.

The new stacked CMOS sensor cuts read-out times in half and significantly reduces the effects of rolling shutter. It also has a new and improved processor, which makes it even faster.

This camera, along with all other micro four thirds cameras, will have limited appeal to a niche audience. It costs $2200 body-only, which is significant when you consider you can get excellent full-frame alternatives for less. We don't recommend that people buy the Olympus OM System OM-1 unless they have already bought into an MFT system and have a collection of compatible lenses. If you're just starting out or coming from either an APS-C or full-frame system, we recommend considering full-frame alternatives such as the Sony A7C, Sony A7 IV, Canon EOS R6 and Nikon Z6 II. Or you could opt for an APS-C system such as the Sony A6600 or the Nikon Z50, giving you better dynamic range and image quality than any micro four thirds camera. 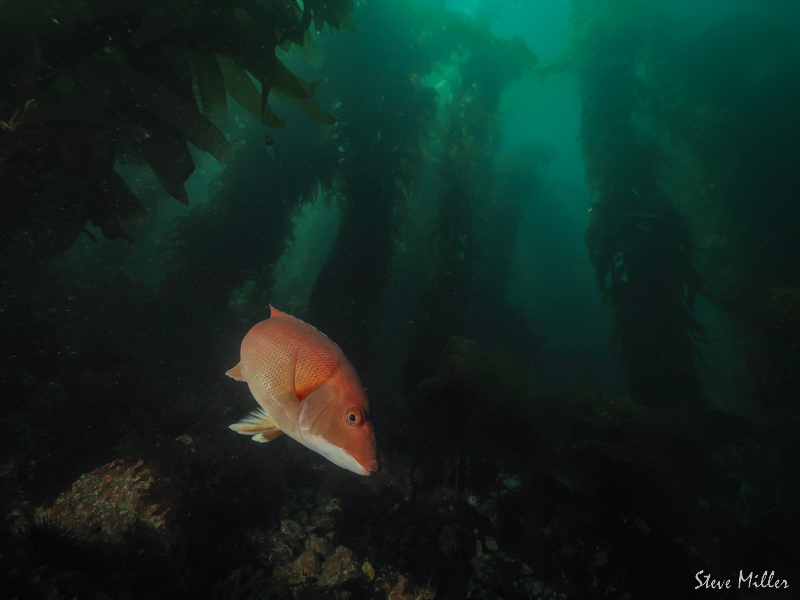 As we already mentioned, the only time we'd recommend the Olympus OM System OM-1 is when someone is upgrading from an existing Olympus micro four thirds system and already has a collection of lenses. But for those who are upgrading, these are the improvements over older models you can expect.

The electronic viewfinder is one of the biggest improvements in the camera. In the past, Olympus cameras have had low-resolution EVFs that were a long way behind their competitors. This new EVF has a 5.76M dot OLED viewfinder with a 120 fps refresh rate and a refresh delay of just 5ms.

The OM-1 has a 20MP sensor but has a special high-resolution mode that lets you shoot images up to 50MP handheld and 80MP when shooting on a tripod. This is possible thanks to the TruePic X Dual Quad Core processor, which digitally enhances the image in seconds.

You can now choose from 1, 2, 3, 4, 5 or 6 stops of exposure reduction to slow down your shutter speed without having to use a physical ND filter attached to the lens. Along with the high-resolution mode, live ND shooting is one of many new computational shooting modes in the Olympus OM System OM-1 and will probably be one of the most used.

The OM-1 has a brand new menu system that is much clearer and easier to navigate than before. They've followed on from brands like Sony, who are known for their intuitive menu layouts. Now, even when a menu item isn't selectable, you can still move the selector over it, and it will tell you why. 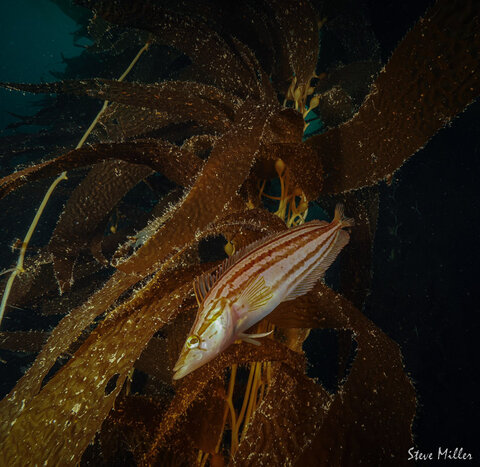 The BLX-1 is an all-new battery and is a massive upgrade on older Olympus batteries, now letting you record around 90 mins of video or fire the shutter over 500 times. Unfortunately, the OM-1 doesn't come with an external battery charger; you have to leave it in the camera itself and plug it in with a USB cable to charge it unless you purchase an external charger separately.

As far as micro four thirds cameras go, the Olympus OM System OM-1 is probably one of the best out there for underwater photography. Having said that, we would always recommend an APS-C or full-frame alternative where possible. For example, the Sony A7C retails for around $500 less than the OM-1 but has a full-frame 24.2MP sensor, produces far better results and is compatible with a much wider range of underwater housings. 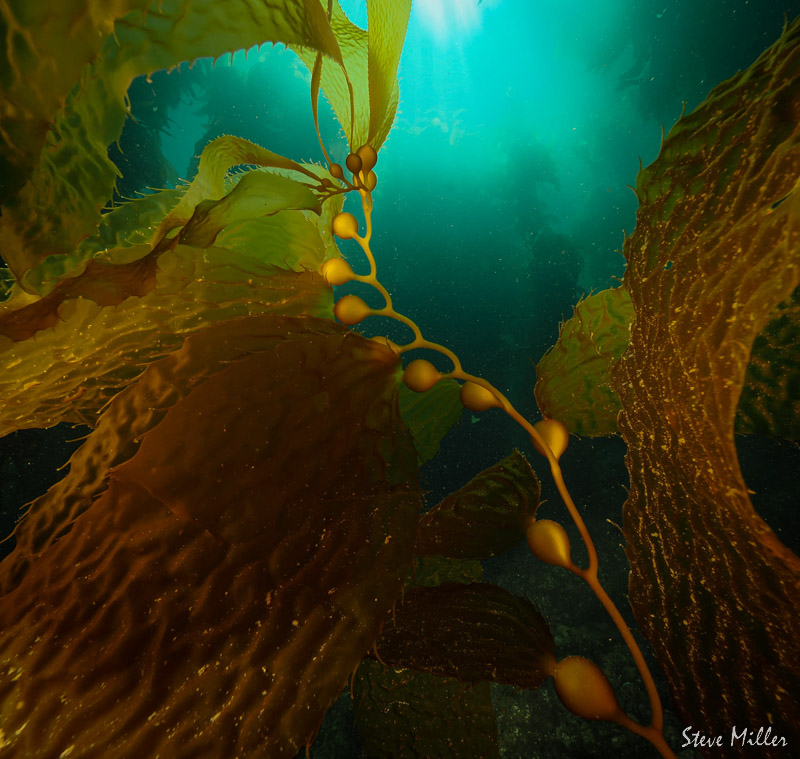 If you do end up shooting the OM-1 underwater, the new subject detection autofocus system works very well. Tracking fast-moving fish is easy with the OM-1, whereas you'd have struggled to lock on to your subjects in previous generation Olympus cameras.

Dynamic range is reasonable, and the overall image quality is fine, but it doesn't compete with its full-frame counterparts. The Olympus 60mm macro and the Olympus 7-14mm wide lenses are great options for high-quality glass.

4K/60p video is uncropped, which is a welcome feature. Video quality is unaffected by dropping from 4K/60p to 4K/24p, and the native OMLog 400 video profile lets you unlock the camera's full potential in post-production. While not quite up to the standards of the Panasonic GH6, as you can see in the video below, the video quality from the OM-1 is very good.

The standard micro four thirds lens mount on the OM-1 means you can not only use all Olympus lenses, but you can also use all third-party MFT lenses too.

The new Olympus 8mm Pro fisheye is a top choice fast fisheye lens with a maximum aperture of f/1.8, but the Panasonic 8mm fisheye lens is a close second and was the leading choice up until recently. Both of these lenses have very close minimum focusing distances allowing you to focus on subjects almost at the end of your dome port!

There is a wide range of wide-angle lenses available for the Olympus OM System OM-1. For the widest shots, the Olympus 7-14mm Pro lens and the classic Panasonic 7-14mm are excellent options. The Olympus is the better of the two, but either will help you capture stunning images. For the best results, choose the Olympus, but if you're on a budget, you can't go far wrong with the Panasonic.

The best option is the Olympus 60mm macro lens if you're looking to shoot 1:1 macro images. It can be used with wet diopters outside your port to magnify your smallest subjects into great supermacro images. The Panasonic 45mm macro is a bit more expensive but is an excellent option if you want to shoot slightly larger subjects. 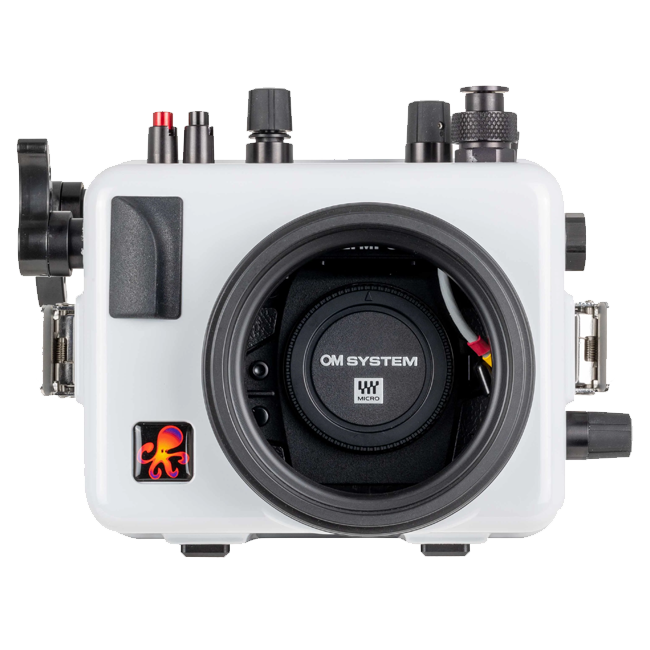 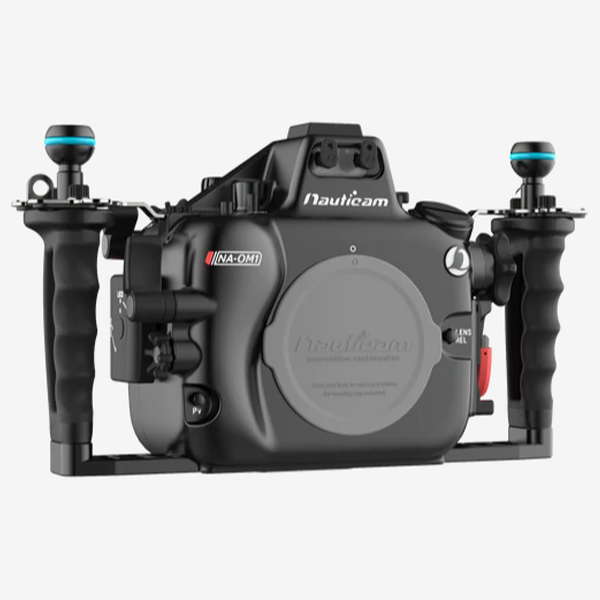 The Olympus OM System OM-1 is a good option for anyone looking to upgrade from an existing micro four thirds system, but it isn't something people looking for a new system should consider. There are many other great APS-C and full-frame options for the same money, sometimes less.

Image quality is much improved over previous models, and the autofocus system is now usable and is one of the biggest improvements. If you are set on a micro four thirds system, then the OM-1 is probably the best out there.